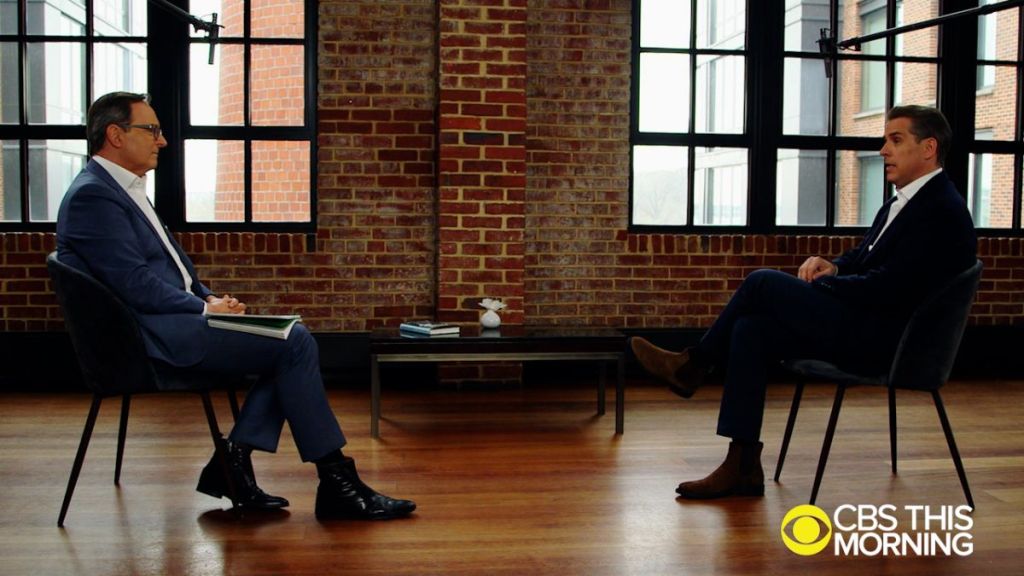 CBS News released some excerpts from Hunter Biden’s sit down with CBS Sunday Morning and CBS This Morning, in which President Joe Biden’s son talks about a family intervention in the lead up to the 2020 presidential campaign and addresses whether a laptop at the center of a pre-election New York Post series was actually his.

Hunter Biden’s memoir, Beautiful Things, is being published on Tuesday by Simon & Schuster, a division of ViacomCBS. In the book, Biden details his battle with addiction.

In one excerpt, Smith asked Biden about a laptop that he is alleged to have left at a Delaware repair shop. Its contents contained emails that were at the center of the Post series, which focused on his business dealings in Ukraine and elsewhere.

Months after it was alleged that a laptop revealed Hunter Biden’s business interests in China and Ukraine, the president’s son tells Tracy Smith that the laptop “could be” his

Watch the full interview this weekend on #CBSSunday pic.twitter.com/DhtY5IcPeg

In the interview with Mason, Biden also described a family intervention that took place at his father’s home in Delaware in the run up to the 2020 presidential election.

Hunter Biden had stormed out of the house, but his father chased after him.

Mason asked, “What did you think when you heard that?”

Biden answered, “I thought, ‘I need to figure out a way to tell him that I’m going to do something so that I can go take another hit.’ It’s the only thing I could think. Literally. That’s how powerful. I don’t know of a force more powerful than my family’s love. Except addiction.”

Hunter Biden tells @CBSThisMorning’s @AnthonyMasonCBS about the emotional experience of his family staging an intervention for his substance abuse: “I don’t know of a force more powerful than my family’s love — except addiction.” https://t.co/Iz24QzKDii pic.twitter.com/i0OX6E4bF6

According to CBS News, Biden also addressed the Justice Department investigation into his finances. In December, he said that he had been contacted by the DOJ about a tax investigation. He said at the time that he was “confident that a professional and objective review of these matters will demonstrate that I handled my affairs legally and appropriately, including with the benefit of professional tax advisors.”

Top 10 Black Drama Films of the 1990s
Jessica Biel & Justin Timberlake Are Bringing SexyBack in Sweet Post
How Knock At The Cabin Leaves Out The REAL Horrific Ending
DJ Khaled, Jay-Z, John Legend, and More Perform “God Did” at 2023 Grammys
Beyoncé’s Next Ivy Park Collection Is Coming—Here’s Everything You Need to Know