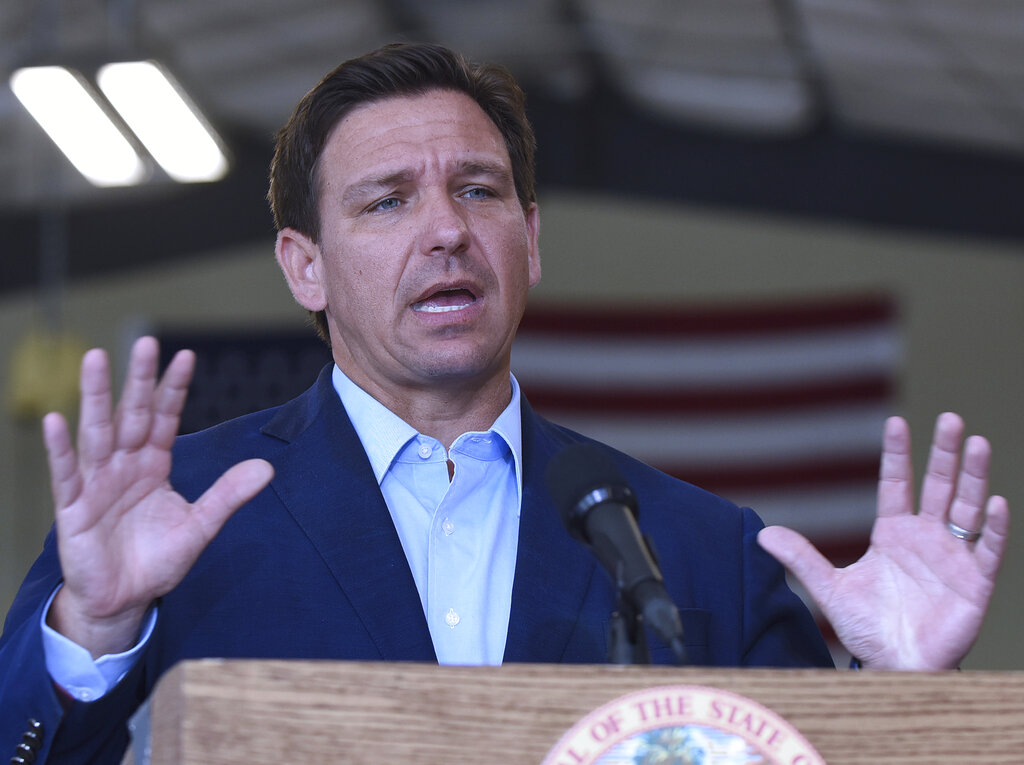 CBS News is defending a segment of 60 Minutes that probed whether Florida Gov. Ron Desantis showed favoritism to a corporate donor in making decisions about the vaccine rollout earlier this year.

The segment, which aired on Sunday, focused on how the wealthy cut the line to gain access to the vaccines. One aspect of the segment focused on the decision to partner with Publix, the supermarket chain, to distribute the vaccine in Palm Beach County. 60 Minutes focused on how that decision made it more difficult for seniors who didn’t live near one of their locations. That included those who lived in the Glades, with a high concentration of Black and Latino and low income residents.

DeSantis attacked the segment as a political narrative “done with malicious intent and a reckless disregard for the truth,” while the mayor of Palm Beach County, the focus of Sunday’s segment, said that the newsmagazine “should be ashamed.”

A CBS News spokesperson said, “As we always do for clarity, 60 Minutes used the portion of the Governor’s over 2-minute response that directly addressed the question from the correspondent.”

In the segment, correspondent Sharyn Alfonsi said, “So why did the governor choose Publix? Campaign finance reports obtained by 60 Minutes show that weeks before the governor’s announcement, Publix donated $100,000 to his political action committee, Friends of Ron DeSantis.”

Although Alfonsi said that DeSantis declined requests for an interview, the segment did show her asking him at a press availability whether this was a “pay to play” on the part of Publix.

“That’s a fake narrative,” DeSantis said in the clip. “I met with the county mayor. I met with the administrator. I met with all the folks in Palm Beach County and I said, ‘Here’s some of the options. We can do more drive-thru sites. We can give more to hospitals. We can do the Publix.’ And they said, ‘We think that would be the easiest thing for our residents.’”

In an appearance on Fox News’ Tucker Carlson Tonight on Monday, DeSantis accused the newsmagazine of selective editing. “They tried to act like there was a conspiracy with Publix, ignoring the fact that other pharmacies doing all the long term care facilities.” He also accused the show of “ignoring the fact that I met with the county mayor,” although DeSantis said so in the 60 Minutes segment.

Publix called the suggestion that there was a pay to play deal “absolutely false and offensive.”

The CBS News spokesperson said that they asked DeSantis twice for an interview.

On Monday, Dave Kerner, the mayor of Palm Beach County and a Democrat, posted a statement on the county website in which he said, “They know that the governor came to Palm Beach County and met with me and the county administrator and we asked to expand the state’s partnership with Publix to Palm Beach County. We also discussed our own local plans to expand mass vaccinations centers throughout the county, which the governor has been incredibly supportive.
We asked and he delivered. They had that information, and they left it out because it kneecaps their narrative.”

In an interview with the CBS station in West Palm Beach, FL, Kerner said that in the meeting with the governor, “when I heard that I could guarantee 20,000 vaccines per week, that I wasn’t leaving that meeting without signing that deal.”

“So it was the doses that came along with Publix?” reporter Jay O’Brien asked.

“Sure, you can draw a certain conclusion and inferences from that. But it is not my world. I just live in it,” Kerner responded.

DeSantis is considered a potential contender for the 2024 GOP presidential nomination, and he’s otherwise been enjoying above 50% approval numbers. He faces reelection next year.

Commissioner Melissa McKinlay, who represents the Glades area, wrote on Twitter that Kerner’s statement was ‘NOT accurate.”

“1. Gov said he met w everyone in PBC. He did not. 2. Kerner told me he was told by Gov staff to keep mtg private 3. Kerner & [County administrator Verdenia] Baker told me they never asked for Publix sole distribution. WE NEVER ASKED FOR SOLE DISTRIBUTION.

She added, “Im not getting into pay to play argument. That wasn’t my concern. My concern was lack of Publix in Glades, which I warned State about PRIOR to Publix only decision. We never asked for them to be only provider! Why on Earth would I support that knowing it would hurt my district?”

James Cameron Settles Titanic Debate Over Jack’s Fate
Alec Baldwin And Rust Armorer Officially Charged With Involuntary Manslaughter
Jennifer Lopez And Ben Affleck Are Trying To Sell Their Home For A Huge Profit
Austin Butler Is Finally Saying Goodbye to His Elvis Presley Accent
James Cromwell Gets Emotional While Talking About How He Came Up With His Famous ‘That’ll Do, Pig’ Line In Babe