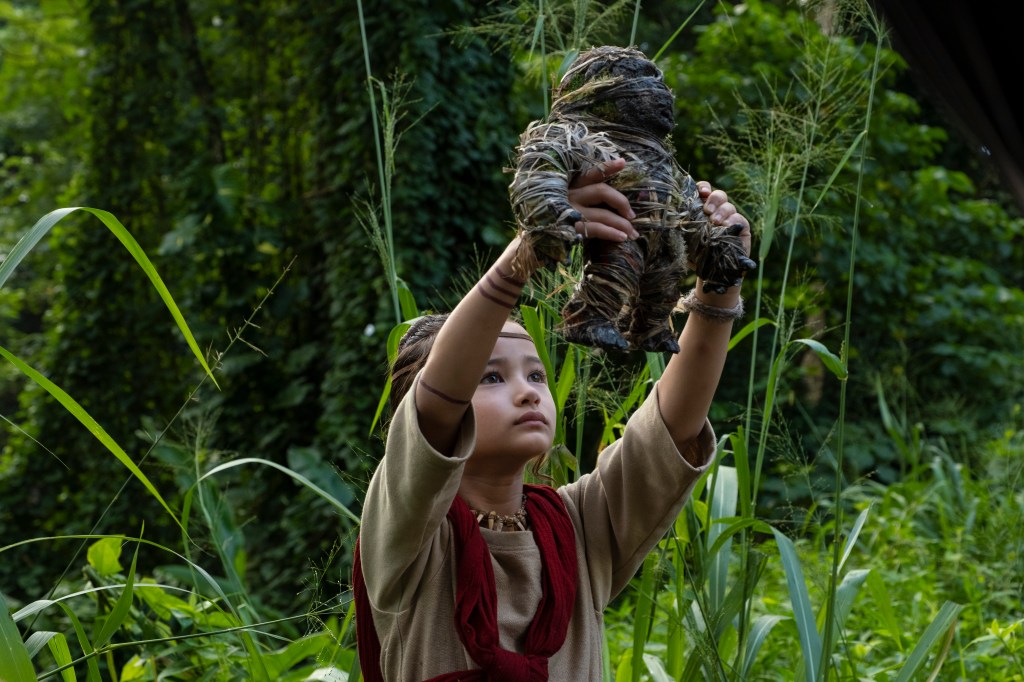 Warner Bros. pandemic hit Godzilla vs. Kong grossed $3.88M on Friday, which will yield an estimated $12.9M second weekend at 3,084 theaters (+20), -60%, on its way to $69M domestic by the end of tomorrow. In the Legendary title’s first week, the monster movie has grossed $60M, making it the top grossing pic stateside during the pandemic (since mid-March 2020), and giving Warner Bros. four out of the five top grossing titles over the last year which include the studio’s Tenet ($58.5M) in second place, Universal/Dreamworks Animation’s Croods: New Age ($56.5M) in third, Warner’s Wonder Woman 1984 with $46.2M, and the studio’s Tom & Jerry with $40.3M.

Lionsgate has the sole wide opening this weekend with AGC Studios’ sci-fi YA PG-13 bacchanalia feature Voyagers which didn’t have any thrust with a C CinemaScore, 25% Rotten Tomatoes score, and lackluster Comscore/Screen Engine PostTrak exits of 53% in the top two boxes, and a very low 27% definite recommend. The pic skewed 55% male, 70% over 25 with 55% between 18-34 years old. The movie did around $500K on Friday for an expected $1.4M 3-day. Lionsgate has a distribution fee here and AGC Studios covered most of the net $29M production cost in foreign sales. Lionsgate, which is covering P&A, and spending little on it, has low overhead here, so their losses won’t be to the ridiculous degree of Chaos Walking (which grossed $12.8M domestic off a $100M-plus production cost). P&A on Voyagers is spread between the theatrical release and PVOD, which ranges from under $10M for the first window and hitting the low teens by the time the Neil Burger-directed pic hits the second window. Diversity demos were 56% Caucasian, 18% Hispanic,17% Black, & 9% Asian/Other. More hope is expected from Lionsgate with the upcoming Chris Rock Saw title Spiral on May 14 and the Ryan Reynolds-Samuel L. Jackson sequel The Hitman’s Wife’s Bodyguard on June 16.