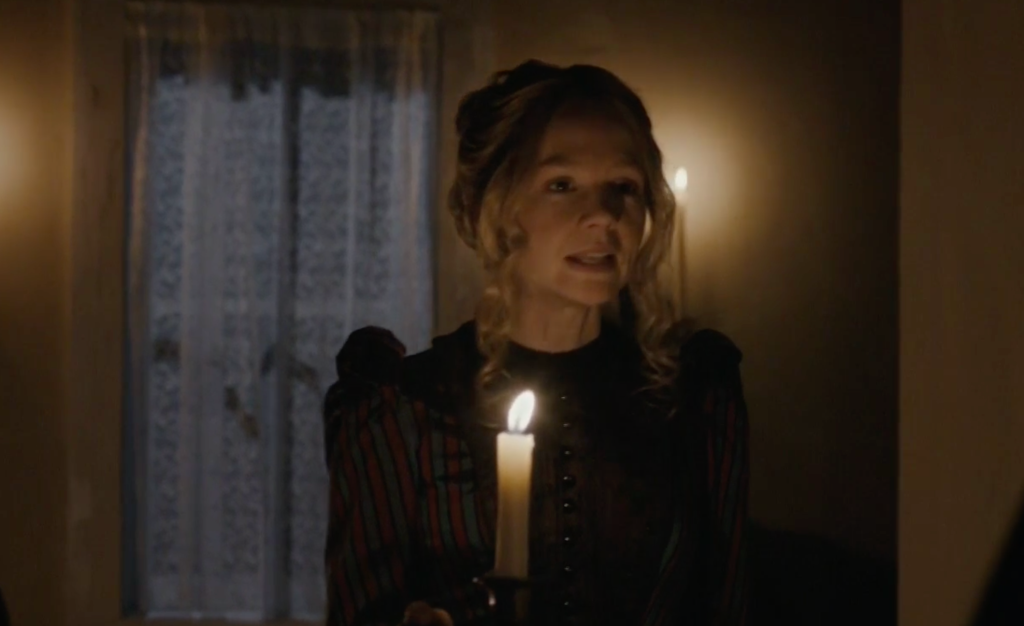 Saturday Night Live took shots at films like Ammonite, Portrait of A Lady on Fire and The World to Come in a sketch featuring Carey Mulligan and Heidi Gardner as secret lovers.

The sketch, which took on a trailer format, called out a common trend featured in recent lesbian stories. While the recent titles have received praise for bringing lesbian romance to the big screen, a common criticism is that stories about women in love often take place in past eras, never in a modern-day setting.

In the sketch Mulligan played an ill woman who finds herself in the company of another woman, played by Gardner. As is the case with the aforementioned films, Mulligan and Gardner begin to build a romantic relationship defined by grazing fingers and seaside imagery.

In addition to calling out the non-LGBTQ actresses who often lead the lesbian dramas, the sketch also notes that the film will feature staples “glance choreography,” “the wind” and a drawing scene – jabbing at Céline Sciamma’s 2019 romance film.

The SNL piece also took a shot at the male helmers directing the lesbian period dramas, such as The Favourite’s Yorgos Lanthimos.

The voiceover jokes that the fictional film will feature “a sex scene so graphic that you think, ‘Oh right, a man directed this.’”

Watch the sketch above.