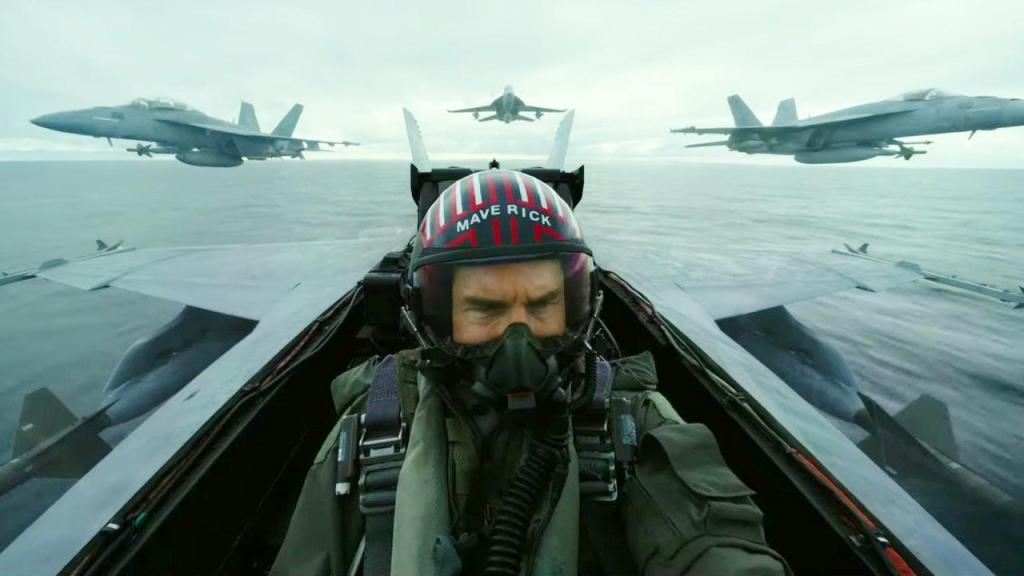 Soon afterward, Universal slotted Blumhouse’s The Forever Purge for July 2, moving up from its July 9 slot to become the lone Independence Day weekend release. Sony’s Peter Rabbit 2: The Runaway, which had been set for July 2, moved up two weeks to June 18 today.

Top Gun 2 moves to a date where it will be up against Warner Bros/HBO Max’s Will Smith drama King Richard in the pre-Thanksgiving slot.

Paramount already had a two-week booking for Top Gun: Maverick on Imax screens during the early July period given how the Joseph Kosinski-directed feature was shot with the large-format cinema’s cameras, and the studio will maintain that booking when the sequel takes over M:I-7′s pre-Thanksgiving date.

Well before Amazon dated its Skydance acquisition The Tomorrow War on July 2 – the same day the latter’s co-financed Paramount event pic Top Gun: Maverick was scheduled to hit theaters — there’s been buzz in distribution and exhibition circles that the Tom Cruise sequel was bound to depart from Independence Day weekend.

Top Gun: Maverick stands to be a billion-dollar-grossing movie and Paramount isn’t going to let one buck of that slip away. Exhibition continues to be closed in Europe (with UK eyeing a May 17 reopening) and in Brazil as they continue to grapple with Covid, and it’s going to take time for those markets to get back in shape. A late November date stands a better chance of Europe and Brazil being fully open for Top Gun: Maverick.

Other release date changes from the Melrose Lot studio today include:

Jackass going from September 3 to October 22 this year, which is Snake Eyes’ old date.

The untitled Bee Gees movie from Kenneth Branagh and producer Graham King will now open on November 4, 2022. Disney has an untitled event film, and Warner Bros has Flash on that date.

An untitled Star Trek movie is set for June 9, 2023. Universal and 20th Century Studios both have untitled features RSVP’ed on that date currently.

The Shrinking of Treehorn, Ron Howard’s feature animated pic, based on the Florence Parry Heide’s children’s book, will open on November 10, 2023. 20th Century Studios and Warner Bros already have untiled event pics in that slot.

And an untitled Ryan Reynolds/John Krasinski movie is opening on November 17, 2023. Universal has an untitled event pic on that date right now, too.

Also, ever since Disney plopped Marvel’s Black Widow on July 9, a domestic logjam was created with Top Gun: Maverick opening in the wake of Universal’s F9 (June 25) and heading into Black Widow‘s opening weekend, even though that movie is going day-and-date on Disney+ at the extra cost of $30. In regards to F9, that movie has no plans of vacating its release date. The studio will take full advantage of U.S. and Asian markets which are open then, and roll out in offshore territories accordingly as they reopen.

The Tomorrow War‘s plan to stream on July 2 is not one of the reasons why Top Gun: Maverick moved, even though Paramount has an interest in the former pic. While Skydance has a majority interest in Tomorrow War, Paramount has the majority interest and owns the IP on Top Gun 2.  Both titles were never seen on July 2 as potentially cannibalizing the other given their different means of distribution, and the fact that they weren’t competing for dollars.

Our sources remain baffled by Disney’s decision to take Black Widow theatrical and on Disney+ premier, not to mention its new release date. What was Disney thinking when they decided to move the Scarlet Johansson feature to July 9? We hear that will put Black Widow in a bad position in regards to dating in China: Due to the blackout period for films, Black Widow at its earliest won’t be able to open in the PRC until late August, and a Disney+ drop guarantees piracy of the title beforehand, which sources peg at a $50 million box office loss for the Marvel title in the country. Also, booking PLF screens for Black Widow will be a challenge for Disney given that it’s a theatrical-PVOD day-and-date title. But it’s clear Disney brass aren’t thinking about consumers or exhibition — rather the studio’s investors. There’s a greater emphasis for Disney on profiting off of rising stock prices versus any gains at the global box office.

Distribution bosses have observed that in order for a healthy domestic marketplace to rebound at the B.O., there has to be a slew of films. But as we slowly come back, it’s key that these event features are spaced out. Observe how Warner Bros moved its own Mortal Kombat a week later to April 23 to give Legendary’s Godzilla vs. Kong a three-week runway.

‘SNL’ Parodies ’M3GAN‘ With Allison Williams Cameo, ‘Avatar: The Way Of Water’
‘The Last Of Us’ Recap: Joel, Tess And Ellie Fight For Their Lives In Neil Druckmann’s Fright At The Museum
Top 20 Most Shocking Moments In Video Games
New Trailers This Week | Week 3 (2023)
Britney Spears Shares the Meaning Behind Her Justin Timberlake Post