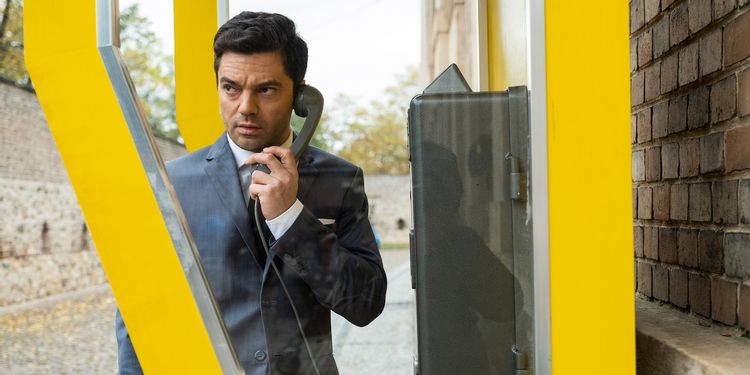 Leonine has confirmed that Odeon Fiction and Miramax’s high-end spy thriller series Spy City has sold to AMC Networks and will launch on AMC+ in the United States on April 15, 2021. The six-part series from UK writer William Boyd was produced by Leonine Studios’ production banner Odeon Fiction. Co-financed and executive-produced by Miramax and distributed through ViacomCBS Global Distribution Group, the series stars Dominic Cooper (Preacher) in the lead role of Fielding Scott, an English spy who is sent to Berlin in 1961 to sift out a traitor in the UK Embassy or among the Allies, shortly before the construction of the Berlin Wall. Producers are Odeon Fiction’s Britta Meyermann, Mischa Hofmann and Ann-Kathrin Eicher. Dominic Cooper, William Boyd, Thomas Augsberger and Bill Block are executive producers, alongside with Magenta TV’s Michael Schuld, Sven Philipp and ZDF’s Wolfgang Feindt and Annika Schmidt. The series was co-produced by German public broadcaster ZDF, Seven Stories and Wilma Film, in association with Magenta TV and funded by FFF Bayern, Nordmedia, German Motion Picture Fund, Czech Film Fund and co-financed and executive-produced by Miramax. The show premiered in Germany on Magenta TV and will have its free tv premiere in Germany on ZDF in fall this year.

FilmRise, the New York-based film and TV distributor, has promoted Melissa Wohl to Senior Vice President, Head of Sales. Wohl will continue to lead the company’s domestic and international sales activities across all broadcast and digital platforms. Since joining the company, Wohl has helped develop relationships with Pluto TV, Tubi, Xumo, Rakuten and Samsung TV Plus. Wohl joined the firm in 2017 as Head of Sales. Prior to joining, she served as Senior Vice President of Worldwide Distribution at Content Media. For nearly a decade, she oversaw the sales of Content’s film and television titles to broadcast and cable networks, syndicators, and digital platforms.  Prior to that, she was VP of Sales and Acquisitions at Harmony Gold, where she managed the worldwide sales of their library.