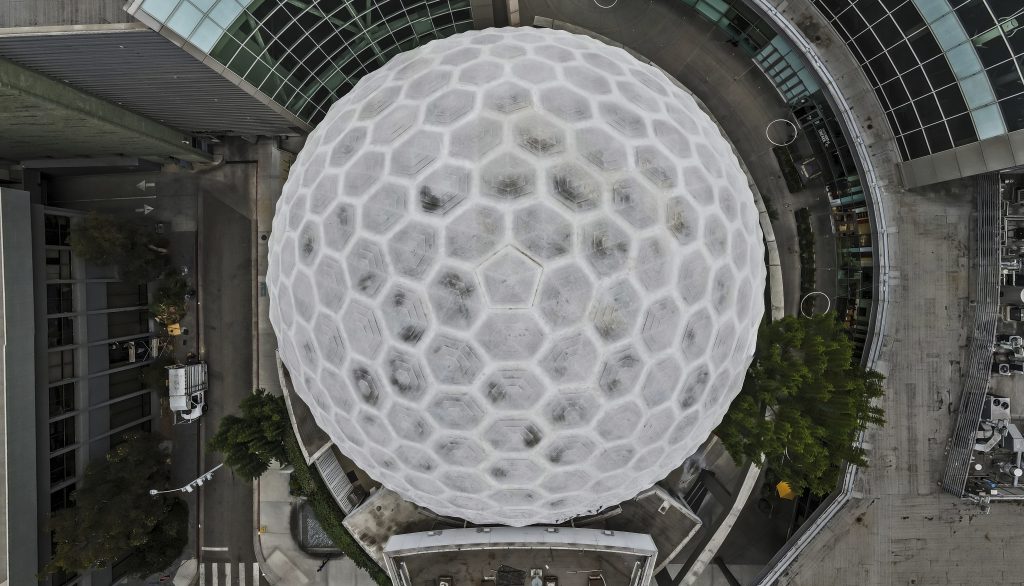 EXCLUSIVE: The last thing we needed to hear as the box office and exhibition were rebounding from the pandemic was a piece of bad news, but word spread like wild fire in distribution and exhibition circles that the Arclight Cinemas and Pacific Theatres won’t be reopening. The chain, owned by Decurion, has issued a statement below.

Last week, I was hearing that the chain was shooting for a Memorial Day weekend reopening with A Quiet Place Part II and Cruella. Now those hopes look dashed, and at an unfortunate time because it’s expected that Los Angeles County could have movie theaters operating at 100% capacity by then, well before California Governor Newsom’s June 15 wide-open order. Decurion’s crown jewel is the Hollywood Arclight multiplex on Sunset Blvd and its 58-year old Cinerama Dome which made a big cameo in Quentin Tarantino’s Oscar-winning Once Upon a Time in Hollywood and remains many filmmakers’ favorite venue. The Hollywood Arclight is also one of the highest grossing movie theaters in the nation; again a huge blow to the industry and the L.A. market which is in its fourth week of a robust reopening.

After shutting our doors more than a year ago, today we must share the difficult and sad news that Pacific will not be reopening its ArcLight Cinemas and Pacific Theatres locations.

This was not the outcome anyone wanted, but despite a huge effort that exhausted all potential options, the company does not have a viable way forward.

To all the Pacific and ArcLight employees who have devoted their professional lives to making our theaters the very best places in the world to see movies: we are grateful for your service and your dedication to our customers.

To our guests and members of the film industry who have made going to the movies such a magical experience over the years: our deepest thanks.  It has been an honor and a pleasure to serve you.

Behind the scenes, what I hear that’s technically happening is that Decurion has handed the keys back to the landlords on all their Arclight and Pacific properties. That doesn’t mean the chain is bankrupt, rather is part of a thick lease negotiation.  What happens in this instance is that the landlord decides which keys to keep, and which they’d like to return to the exhibitor. No word yet that the chain is up for sale; I think they’re waiting to see what leases they get back. Many of the Arclight venues the chain doesn’t own, and it’s those that I’m told where they’re really upside down on their leases.

But not boding well for Arclight and Pacific’s reopening is that we also hear the chain gave notice to its theatrical staff.

News broke on IndieWire over the weekend that Arclight’s new Culver City location was in arrears on its March rent to the tune of $181,900.40, due in full to collections agent Caitlin Brannon.

Given how beloved the Cinerama Dome is by studios and filmmakers — heck, Tarantino blasted Disney for pushing Hateful Eight out of the bee-hive cinema he tailor-made his 70MM western for December 2015 when Star Wars: Force Awakens was locking up a number of big auditoriums — I can’t see this Hollywood landmark falling by the way side. If Decurion can’t resurrect it, someone has to come along and scoop up the property. The Dome houses the largest contoured motion picture screen in the world, measuring 32 feet high and 86 feet wide.

Most of these Arclight Cinemas are in prime shopping centers in Santa Monica, Sherman Oaks and Pasadena. There’s even a new location in Boston. It’s a two-way street for this exhibitor and landlords: They need each other for excellent business to resume. These are some luxurious cinemas and if Decurion can’t revive them, another exhibitor, perhaps an international one like Cinepolis, just might.

Pacific Theatres founder, William R. Forman, announced the construction of the Cinerama Dome in July 1963 at a star studded ground breaking ceremony attended by Spencer Tracy, Buddy Hackett, Mickey Rooney, Dick Shawn, Edie Adams, and Dorothy Provine. Forman had committed to United Artists that the Dome would be ready for the November 7, 1963 world premiere of the first movie filmed in the new 70mm, single strip Cinerama process, Stanley Kramer’s It’s a Mad, Mad, Mad, Mad, World. Construction was rapid taking only 16 weeks. The Cinerama Dome is the only concrete geodesic dome on Earth. The theatre is made up of 316 individual hexagonal and pentagonal shapes in 16 different sizes. Each of these pieces are roughly 12 feet across and weigh around 7,500 pounds.