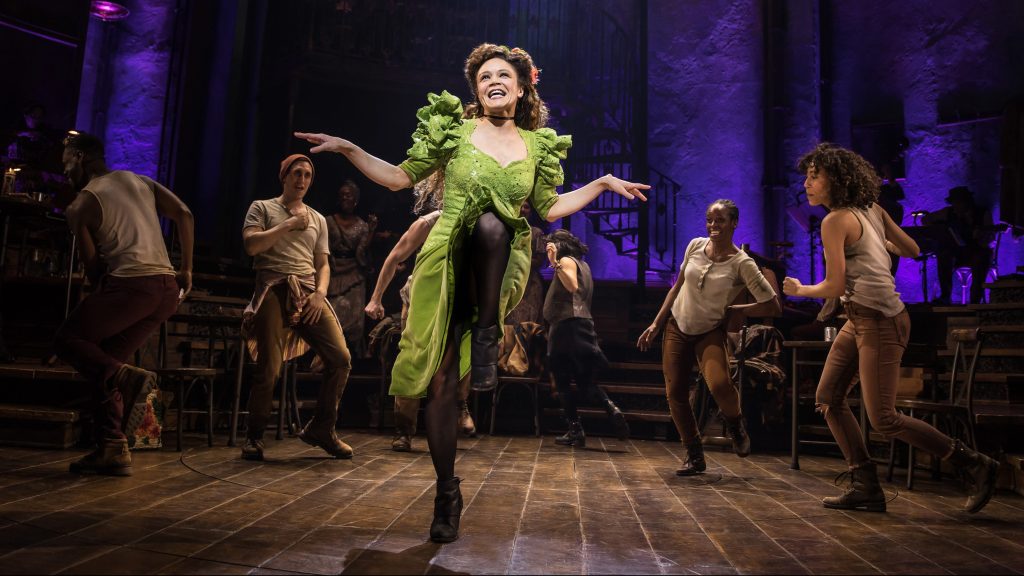 Two of the country’s major theatrical venues announced reopening plans today, with the Ahmanson Theatre in Los Angeles and the Kennedy Center in Washington D.C. set to house Broadway productions in November and October, respectively.

In Los Angeles, the Ahmanson’s 2021-22 season will start later than previously announced – instead of an August opening with Daniel Fish’s Tony Award-winning reimagining of Oklahoma!, the venue will now reopen on Nov. 30 with the Jack Thorne-Matthew Warchus staging of A Christmas Carol. (Oklahoma! is now scheduled for September 2022).

Other productions planned for the Ahmanson’s upcoming season are Hadestown, The Lehman Trilogy, and The Prom, among others.

In D.C., the Kennedy Center announced that its new season will kick off on Oct. 13 with Hadestown in the Opera House, followed in December by Ain’t Too Proud: The Life and Times of the Temptations. At the Center’s Einsenhower Theater, the Carole King musical Beautiful begins performances Dec. 14. The Aaron Sorkin adaptation of Harper Lee’s To Kill a Mockingbird arrives at the Opera House next June.

See the complete Ahmanson and Kennedy Center season schedules below.

According to the Center Theatre Group’s Ahmanson website, the seven-production Ahmanson season is contingent on “Los Angeles County progressing through the state’s tiered reopening framework, and with vaccines being made available on an expedited timeline (please get vaccinated!)…”

Added the CTG, “we are heartened and hopeful that a return to in-person theatre at the Ahmanson is possible in 2021. The past 14 months have been challenging for all of us – particularly in the performing arts – and we have just a few more months to go.”

Jeffrey Finn, Vice President and Executive Producer of Theater at the Kennedy Center, said in a statement, “I am elated to announce what is perhaps one of our most important theater seasons ever at the Kennedy Center as we return with such a full, exciting program of musicals and plays. The anticipation of being able to see Broadway productions again – and be in the theater together – is palpable.”

In New York, while Governor Andrew Cuomo has has confirmed a target reopening of Broadway for the fall, an official reopening has not been announced. The theater industry has been dark since the March 2020 pandemic shutdown.

Come From Away
Book, music and lyrics by Irene Sankoff and David Hein, directed by Christopher Ashley
May 31, 2022-June 12, 2022

Ain’t Too Proud – The Life and Times of the Temptations
Music and lyrics by The Temptations and book by Dominique Morisseau
December 14, 2021–January 16, 2022 in the Opera House

Rodgers and Hammerstein’s Oklahoma!
April 5–10, 2022 in the Eisenhower Theater

Freestyle Love Supreme
From Thomas Kail, Lin-Manuel Miranda and Anthony Veneziale
May 10–15, 2022 in the Eisenhower Theater

A Monster Calls
Adapted by director Sally Cookson from Patrick Ness’s novel
May 25–June 12, 2022 in the Eisenhower Theater

Harper Lee’s To Kill a Mockingbird
Written by Aaron Sorkin from the novel by Harper Lee, directed by Bartlett Sher
June 21–July 10, 2022 in the Opera House

The Band’s Visit
Music and lyrics by David Yazbek and a book by Itamar Moses
July 5–July 17, 2022 in the Eisenhower Theater