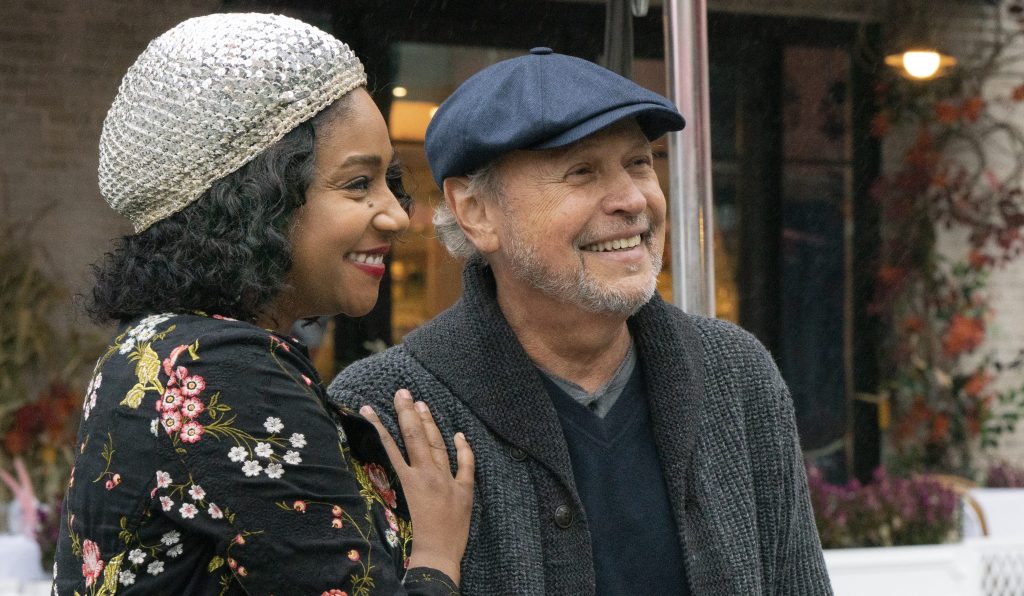 EXCLUSIVE: The Tiffany Haddish and Billy Crystal dramedy Here Today has been picked up by Sony Pictures Worldwide Acquisitions’ Stage 6 Films and will open in theaters on May 7.

Crystal directed the movie, repping his eighth time directing and his third on a feature film.

Here Today follows veteran comedy writer Charlie Burnz (Crystal), who is going through a tough time in his life. He meets New York singer Emma Payge (Haddish) and they form an unlikely yet hilarious and touching friendship that kicks the generation gap aside and redefines the meaning of love and trust. Zweibel published his original short story The Prize in his eBook From the Bottom Drawer of: Alan Zweibel in 2011. He and Crystal decided to adapt the short story into a screenplay with Haddish in mind to play Emma Payge.

“I am thrilled that Here Today will be in theaters with real people soon. It was a joy to write with my dear friend Alan Zweibel. To get to act with and direct the hilarious Tiffany Haddish and our fantastic cast was a blessing. I haven’t been this excited since I got my second Moderna vaccine,” said Crystal.

“Here Today portrays an unforgettable friendship between two highly-unlikely characters who could not be more different. The on-screen relationship between Billy and Tiffany is achingly funny and incredibly profound. They remind us that the bonds of friendship and family can help us get through almost anything. We could not be more proud to present Billy’s telling of this story so vividly brought to life through the incredible performances of this talented cast,” said producer Fred Bernstein.

Girls Trip star Haddish recently earned her first Emmy win for her guest appearance on SNL in 2018. She is set to return for season three of the TBS comedy series The Last O.G. Her additional upcoming projects include Down Under Cover opposite Chris Hemsworth, and Madam C.J. Walker. Recent feature credits include Bad Trip, Night School, Nobody’s Fool, The Lego Movie 2, The Secret Life of Pets and Like a Boss. She is repped by UTA, Brillstein and Ziffren. Badgley is repped by CAA, Anonymous Content, and Adam Kaller. Benanti is repped by UTA and Untitled Entertainment. Deavere Smith is repped by The Gersh Agency. Krause is repped by ICM Partners, United Agents (UK), Brookside Artist Management, and David Schachter. Nyambi Nyambi is repped by A3 Artists Agency and ATA Management.
CAA Media Finance represented the film’s domestic rights, and Rocket Science represented international rights.