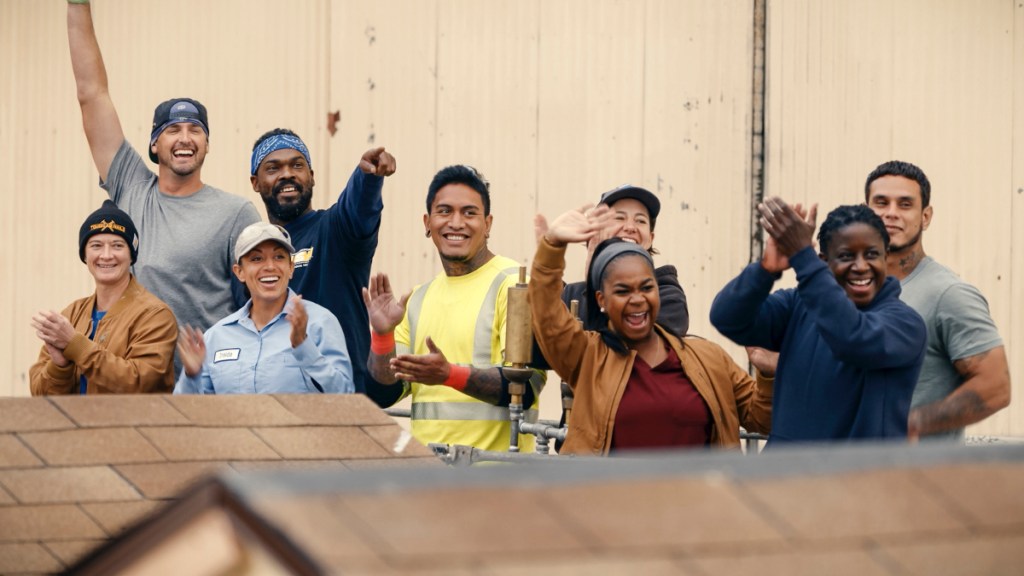 CBS is continuing to get its hands dirty with its non-scripted slate.

The network has handed a bumper, two season renewal to its fledgling reality series Tough As Nails.

The season three and season four renewal comes ahead of tonight’s season two finale for the competition series.

The show celebrates everyday Americans who get their workout on the job rather than the gym, wear work boots instead of workout shoes, and consider the calluses on their hands a badge of honor.

It was created by The Amazing Race’s Phil Keoghan, who also hosts, and his producing partner Louise Keoghan. The pair exec produce the series alongside Anthony Carbone and it is produced by Raquel Productions in association with Tough House Productions.

“Tough As Nails is the right show at the right time, especially over the last year as we have all become a little tougher and have a deeper appreciation for the many people who keep our communities running,” said Mitch Graham, SVP, Alternative Programming, CBS Entertainment. “With Phil Keoghan’s inspired touch as creator and host, he and his team have established an uplifting show that highlights toughness in many forms with unique real-world challenges and remarkable competitors. The show has resonated with viewers and we are excited to continue to shine a light on the hardworking Americans who get the job done.”

“For the first time in a long time we have started paying attention to those who make America work and what’s really important in life. Tough As Nails is about acknowledging and validating those who may have felt forgotten for so long,” said host, creator and showrunner Phil Keoghan. “I encourage everyone to make an extra effort to thank our essential workers. It’s a genuine gesture that will continue to unite us.”

Every DND Party Has That ONE Member…
Charli XCX and the 1975’s George Daniel Remix Caroline Polachek’s “Welcome to My Island”: Listen
Top 20 Greatest Animated Movies of All Time
Emilia Clarke’s The Pod Generation Is A Clever Sci-Fi Satire About The Future Of Pregnancy
Animal Planet’s Puppy Bowl To Be Simulcast On Discovery Channel, TBS, HBO Max & Discovery+ In WBD Synergy Move