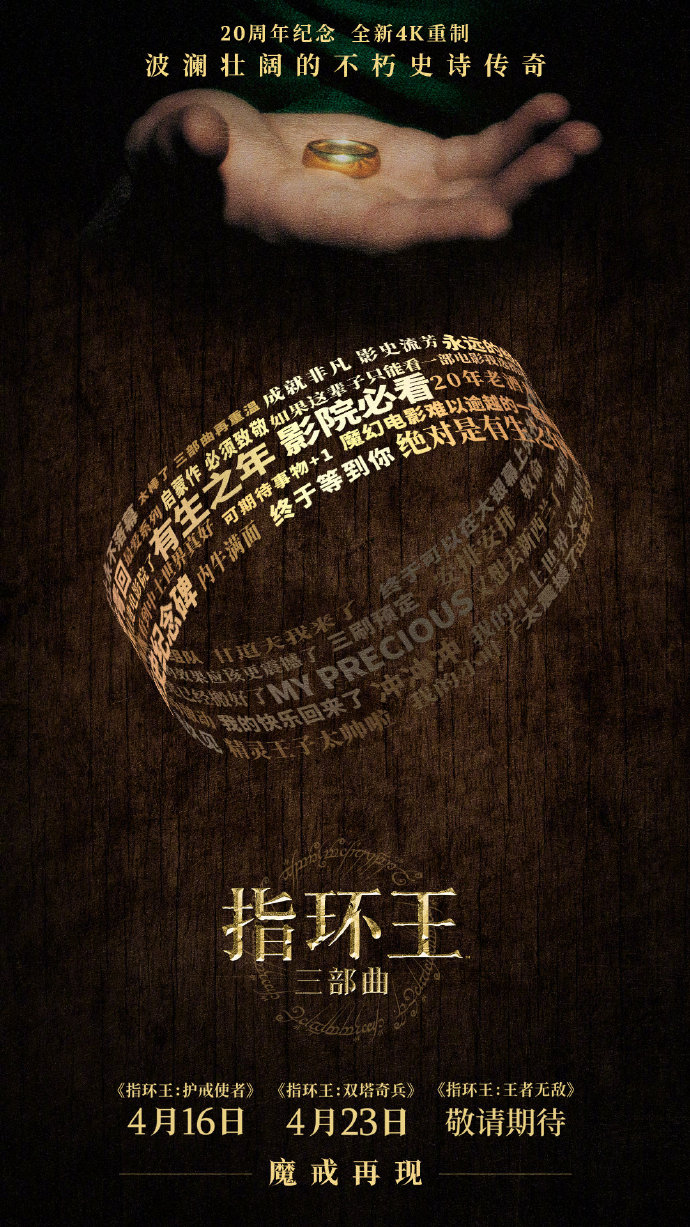 Warner Bros made the announcement on its official Weibo account, and while Best Picture Academy Award winner The Lord Of The Rings: The Return Of The King has been expected in the market, a date has not been finalized. It would appear unlikely to follow immediately as the May Day holiday in China currently has a vast lineup of local titles.

The Fellowship Of The Ring was originally released in China in 2002, well before the market’s exponential growth began, and has grossed about $8.6M at today’s rates according to Maoyan. Coming onto ticketing sites with such a short lead time makes it difficult to project an outcome for this weekend, however The Fellowship Of The Ring has amassed about $133K in presales for the FSS frame as of 5PM local time Thursday. The film carries a great 9 on Douban. The Two Towers was released in the Middle Kingdom in 2003 and grossed about $3M. The Return Of The King is the biggest of the trilogy in the market with about $10.4M. In total, the three films have grossed $2.97B worldwide.

The re-release of the LOTR movies in China had long been mooted, and some media had reported rollout would begin earlier in April. The reissues follow similar moves during the pandemic era including with WB’s own Harry Potter And The Sorcerer’s Stone, Interstellar and Inception in 2020, as well as Fox/Disney’s Avatar which made over $56M during its March 2021 re-run.

A video posted to the Warner Bros Weibo account on Wednesday showed Jackson saying “It’s been really great having the chance to revisit the Lord Of The Rings trilogy… The central theme of the world in a state of turmoil and the ordinary people, the Hobbits in this case, make a big difference. It’s not a story of heroes or superheroes, it’s a story of ordinary people who set out to save their world and through a long series of hardships they ultimately achieve that.”