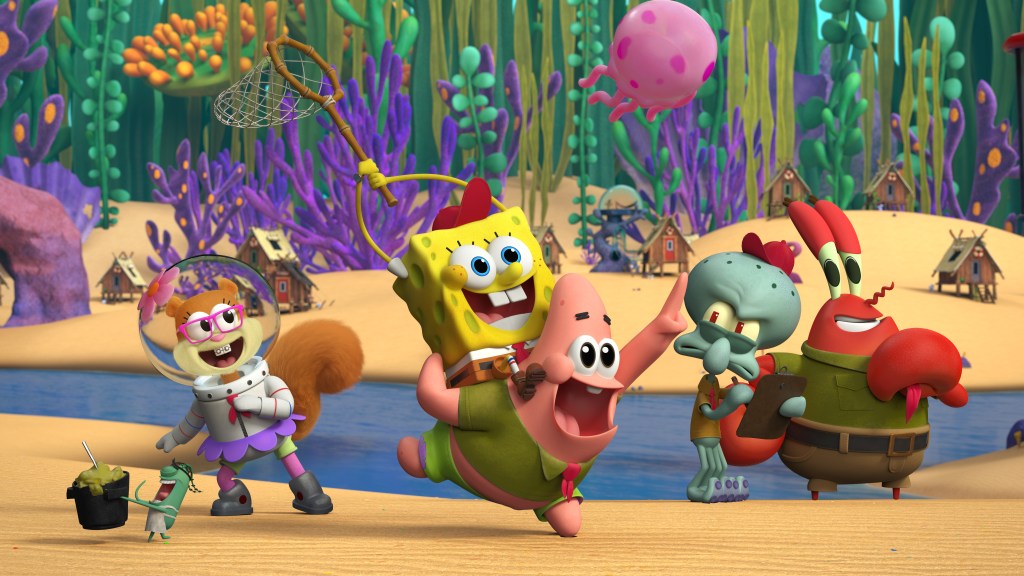 After the arrival of four major new streaming services in late-2019 and early-2020, this year is when the competition is going global.

One of the newest worldwide hopefuls is a Stateside pioneer. Paramount+, the rebranded and reconceived version of CBS All Access, which launched in 2015, is boldly going where the latter service has not gone before. Like its media rivals Disney, WarnerMedia and Discovery, ViacomCBS sees transcending the U.S. as crucial to being able to replace traditional revenue with streaming as a hedge against cord-cutting. By 2024, the company expects to have 65 million to 75 million subscribers (up from 16 million for CBS All Access and Showtime’s OTT service). Total streaming revenue should hit $7 billion to $8 billion.

On March 4, the Paramount+ branding kicked in domestically. At the same time, the service also lit up in 23 other markets — 18 in Latin America, four in the Nordics as well as in Canada. Australia, New Zealand and Europe are among the other regions expected to follow with key launches later this year.

For Kelly Day, who became president of streaming and COO of ViacomCBS Networks International last year, the task is fairly straightforward. “We just look at it like this: There are seven and a half billion people outside the U.S.,” she said in an interview with Deadline. “By going into these markets, we have all this incredible opportunity to reach so many more viewers in so many different places.”

With 350 million subscription video on demand customers expected to sign up outside the U.S. by 2024, she added, “The international opportunity in streaming is massive.”

ViacomCBS hopes Pluto, which Viacom acquired in 2019 before reuniting with CBS, will be a secret weapon. The free, ad supported service saw its monthly active user base go from 1 million to 13 million in 2020. It had already been in the UK and Germany and then expanded to Latin America and Spain at the exact time when the coronavirus pandemic made free streaming more appealing than ever. This year, Pluto will arrive in France and Italy. The company estimates it will have 100 million to 120 million active users globally by 2024.

The programming mix on Patramount+ internationally will be different from the U.S. version. In addition to originals, the service will also add new and vintage Showtime series, CBS fare (including NCIS, a top draw for Netflix in the U.S.) and known properties like The Handmaid’s Tale and Killing Eve in some territories. Locally produced titles include Ib the Dog in the Nordics and the MTV-derived Acapulco Shore and Are You the One Brazil and upcoming originals Cecilia and The Envoys for Latin America.

Day says a tailwind for Paramount+ is the company’s history of operating globally long before streaming. ViacomCBS CEO Bob Bakish made his reputation by working a long stretch as an international exec at Viacom, helping boost networks like Nickelodeon, MTV and Comedy Central. The Paramount name also hitches the service’s fortunes to a name that can travel a lot more than CBS could.

“It’s an advantage for us as a company to have such a deep history with MVPDs and telco partners around the world,” Day said.

The field is not wide-open, however. Disney said last month that Disney+ has racked up more than 100 million subscribers in two dozen countries. After launching in the U.S., Australia and New Zealand in 2019, it has expanded across Asia and Europe and will be adding a number of key Latin American, European and Asian territories later this year. Having taken control of Star via the 21st Century Fox acquisition in 2019, Disney also has made Disney+ an add-on to Star’s streaming service in India and other territories and also has launched a stand-alone Star service in many territories.

HBO Max launched nearly a year ago in the U.S., but the company plans to be in 39 territories across Latin America and the Caribbean starting in June. It will also launch in Europe, but it won’t be in the UK, German or Italy until at least 2025 due to a long-term distribution deal with Sky.

Wall Street analysts came away from the February streaming presentation by ViacomCBS fairly upbeat, but the field is crowded and mounting a truly global service requires resources.

Benjamin Swinburne of Morgan Stanley last week lowered his 12-month price target on ViacomCBS shares to $50 from $55, maintaining his “equal-weight” (neutral) rating. He wrote in a note to clients that the uncertain outlook for streaming was a key factor. “Long-term, we are unsure of global Paramount+ demand and streaming earnings power,” he wrote.

Michael Nathanson of MoffettNathanson factored international presence into a recent sector analysis with the provocative title, “Is Streaming a Good Business?” In the report, he asserted that only a small handful of contenders have enough horsepower to make their global dreams come true without losing money.

“Netflix’s greatest asset – and the likely Achilles’ heel of many of their competitors – is indeed their international footprint, which should drive incremental profit and return on invested capital into the future,” he wrote. “While both the market and the press remain focused on the domestic SVOD streaming wars, the real opportunity seems to be in both the shift in ad monetization from linear to digital and the higher total available market outside the U.S. as content owners pivot from pay-TV to OTT. Aside from Netflix, Disney has already demonstrated this success as few others aside from Discovery seem to be all in around the world.”

Having expanded to 130 countries in 2016 and reaching 204 million subscribers by the end of 2020, Netflix has a few years’ head start on its newer U.S.-based competitors. Its spending on content — now approaching a staggering $20 billion a year — is a significant barrier to entry. Amazon Prime Video has been in more than 200 countries since 2016. Its willingness to shell out hundreds of millions on A-list movies and potential global blockbusters like the Lord of the Rings series will keep it very much in the chase. Apple TV+ is newest to the party among tech giants, but the company’s installed base of more than 1 billion devices enabled it to launch the service in 100 countries in November 2019.

As Netflix co-CEO Ted Sarandos sees it, there is still enormous upside in the global marketplace.

“There’s about a billion pay-TV households in the world, people who pay in some form for subscription television,” he said in a recent interview with Jason Bateman, Will Arnett and Sean Hayes on their Smartless podcast. “And there are more than 3 billion people with a mobile phone who watch mobile content on their phone. So, when you think about the addressable world, we’re only about 10% there.”