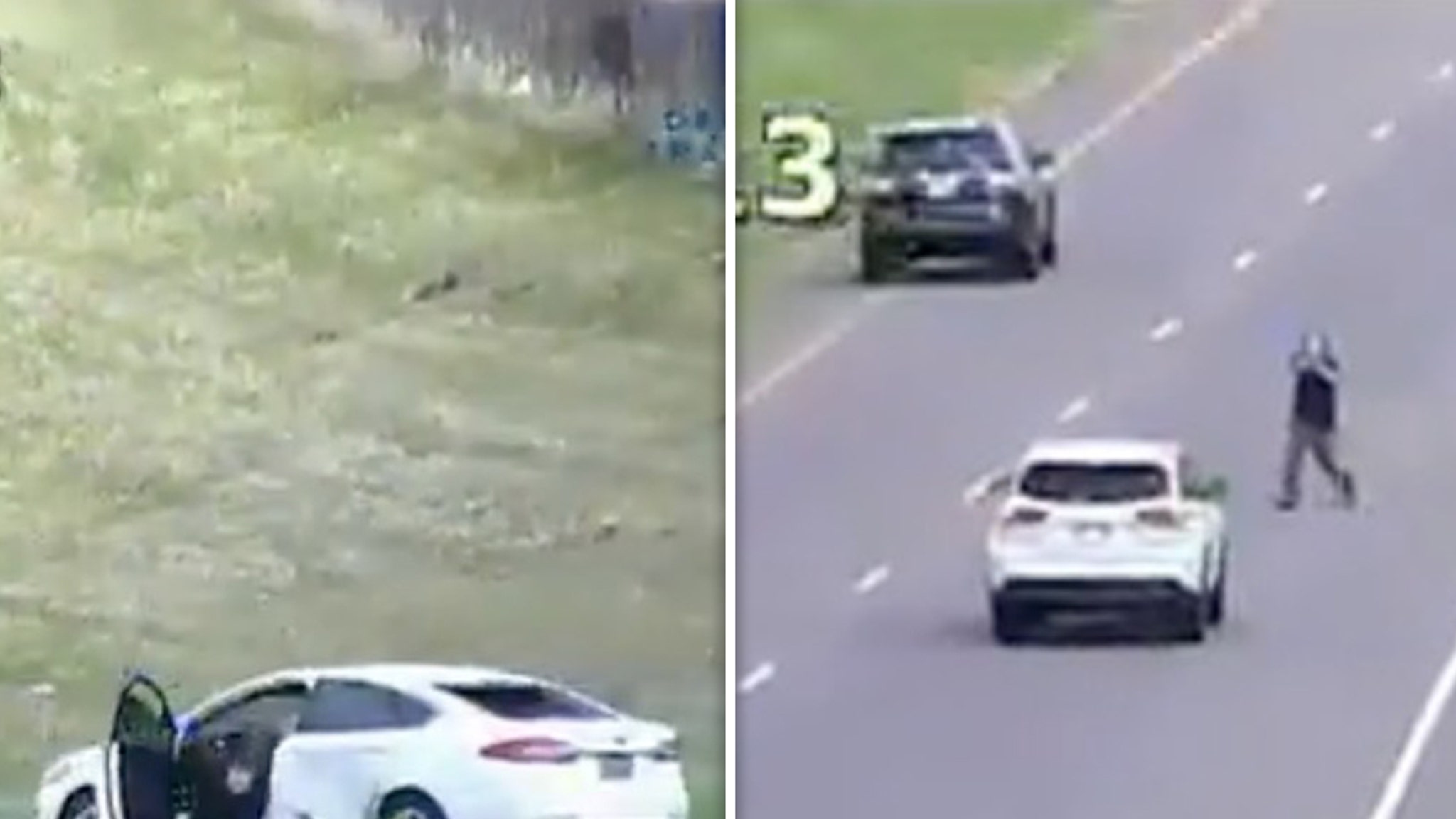 There was another officer-involved shooting in Minnesota this weekend, but it wasn’t at all the kind that people have been protesting over … not even close.

Burnsville Police say their officers first encountered a suspected car thief Sunday driving a vehicle with stolen plates, which he crashed. BPD says they were notified this same individual allegedly went on to carjack a female at gunpoint later in the day … and then led police on a wild chase, all while he fired at officers who were in hot pursuit — so claim the cops.

Person pursued by police jumps out of moving car, appears to point a gun at another car on Highway 13 at I-35W in Burnsville. Runs into grass median and goes down. Working on details. Hwy 13 closed both directions. #BREAKING @kare11 pic.twitter.com/B0GUgUunAT

Part of that incident was captured by a bystander … who filmed the suspect jumping out of the vehicle, and proceeding to run toward a highway with cruisers hot on his tail. In the clip, it appears the man attempts to carjack yet another vehicle on the road.

The white SUV ended up swerving out of the way, and police units finally caught up to him. The video freezes at that point … presumably, that’s when he was shot. BPD says the suspect was shooting at cops and officers returned fire, and the suspect ended up dead.

The Minnesota BCA is on scene and investigating after #Burnsville police shot an armed carjacking suspect near Hwy. 13 & east of 35W after a pursuit. – Police said the suspect first fired shots at them. – A scattered group is at the scene, including one with a bullhorn. pic.twitter.com/IdbAZDShKx

The officers involved in the shooting were placed on administrative leave, and the Bureau of Criminal Apprehension is investigating … standard operating procedure.

Now, here’s where things get interesting … a local reporter for FOX9 — who was covering protests at the Governor’s mansion in St. Paul Sunday — posted video of a group of demonstrators taking a knee in silence, this after they’d apparently heard there was another officer-involved shooting. Not just that … but she says they planned to head down there too.

Just an update on this, protestors said later they’re heading back to Brooklyn Center because they need more information about what happened in Burnsville first. https://t.co/E6ldULFQ0u

Later, she followed-up … tweeting, “Just an update on this, protestors said later they’re heading back to Brooklyn Center because they need more information about what happened in Burnsville first.” In other words … it doesn’t look like they had any real info from the jump — kneeling for a guy cops say was going full GTA.

Of course, people saw this and were critical … saying protesters need to be mindful of the facts of any given incident, and not just react to a headline they hear in passing.