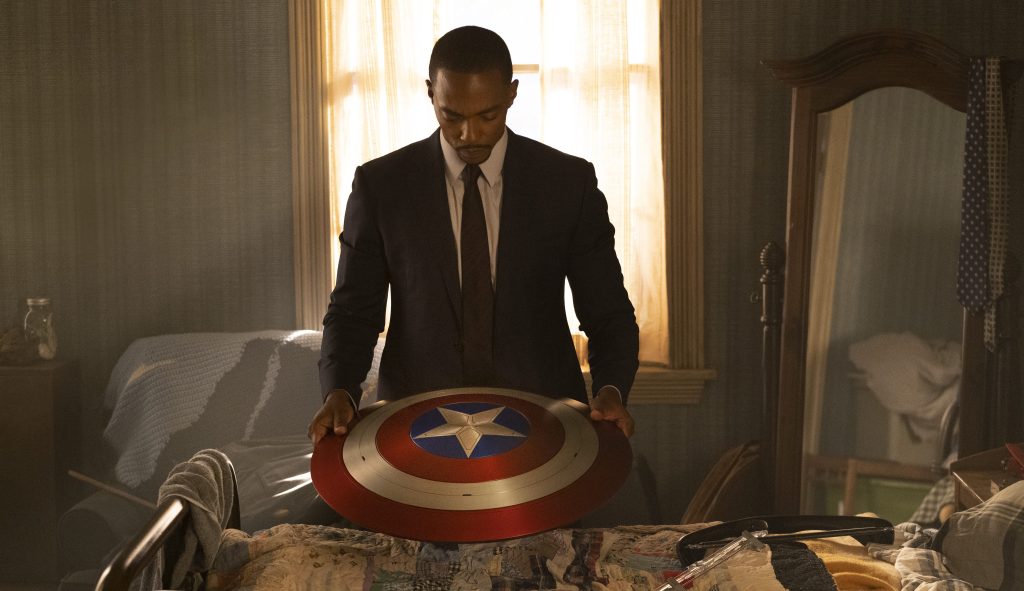 Anthony Mackie’s Sam Wilson just got a major upgrade in the latest poster for Disney+’s The Falcon And The Winter Soldier.

The poster reveal comes just days after The Falcon And The Winter Soldier finale, which revealed Mackie’s Falcon as the next iteration of the iconic Avenger. However in the season finale, Sam Wilson isn’t the only Captain America as John Walker’s (Wyatt Russell) also dons a darker-looking suit.

The Falcon and The Winter Soldier, which also features Daniel Brühl and Emily VanCamp, is directed by Kari Skogland; Malcolm Spellman is head writer. See the new poster below.