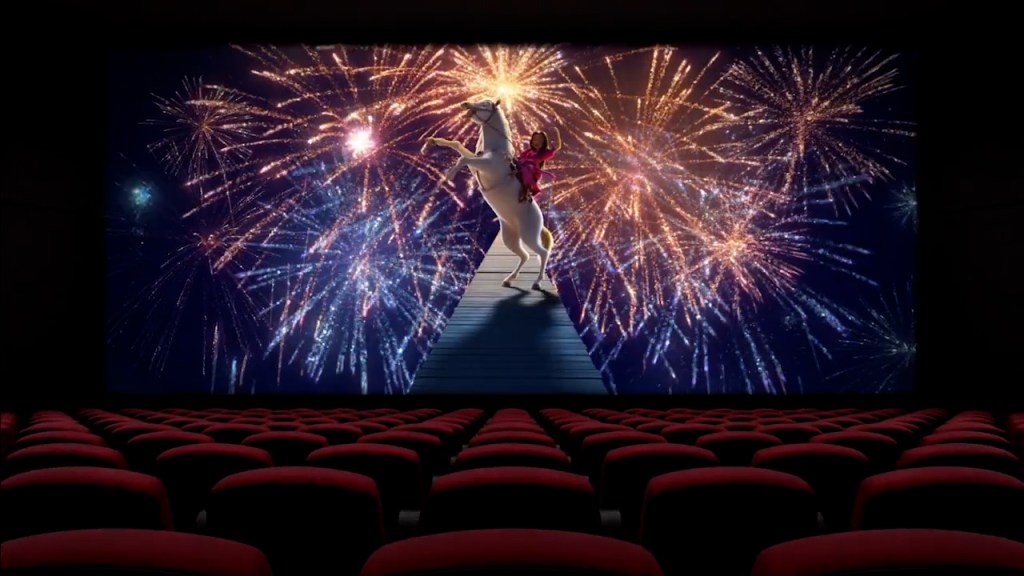 Disney, which has been experimenting with the theatrical window lately with simultaneous movie releases on streaming service Disney+ Premier much to the upset of theater owners, dropped a PSA during the Oscarcast waving a flag for exhibition.

Filled with first person testimonials of exhibition workers and clips from upcoming big pics like F9, No Time to Die, Top Gun: Maverick, The Suicide Squad and more, it is a tearjerker.

The clip is introduced by Oscar winner Matthew McConaughey who says, “Movie theaters, they employ over 150K Americans. They are the unsung heroes who bring movie magic to the big screen. It’s been a very hard year for them: Furloughs, closures, basically the longest intermission that they could have ever imagined. Thanks to their dedication and resilience, theaters are coming back.” Indeed, they are: This past weekend according to Comscore say the biggest weekend during the pandemic’s 13 months with $52.9M thanks to Warner Bros.’ Mortal Kombat and Funimation/Aniplex’s Demon Slayer.

“I feel part of something bigger,” says one theater worker in the above clip.

“The movie theatre is a treasure, I wouldn’t trade it for anything,” says another.

“The movies, the way you’ve always loved them, is the way to see them again,” says the announcer toward the end, “The big screen is back!”

Oscarcasts in recent years typically begin with a sizzle clip of this year’s cinematic highlights. The Academy’s reel for the 2016 Oscars which had clips from Star Wars: The Force Awakens, Room, Cinderella, and more was particularly moving. Whoever is editing them, you’ve got me continually reaching for Kleenexes.

Disney released Raya and the Last Dragon in theaters and on Disney+ Premier last month, and they’ll have two more titles with simultaneous theatrical and streaming release: Cruella over Memorial Day weekend and Marvel’s Black Widow on July 9.