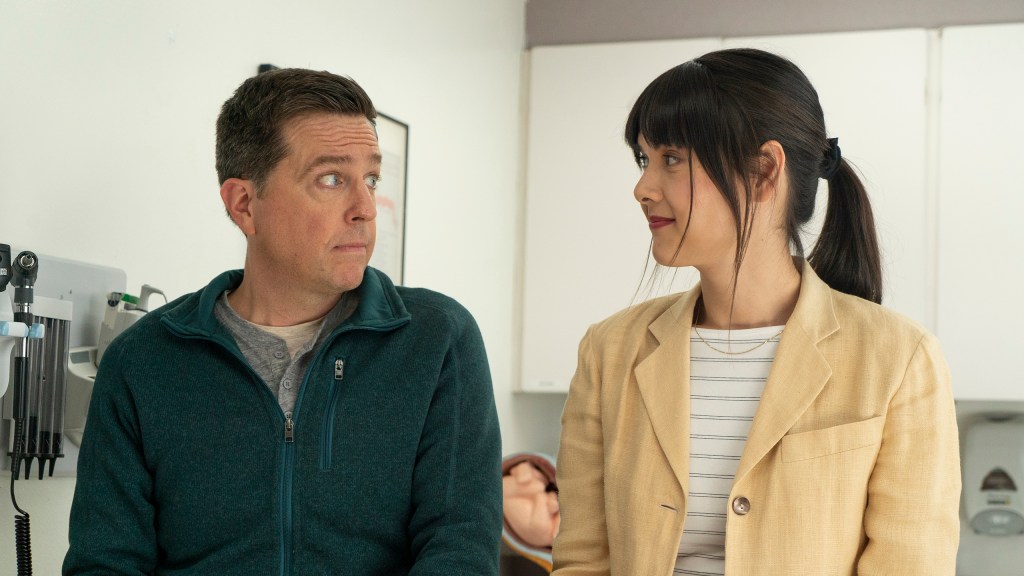 As Hollywood buckled up for the Oscar showdown at Union Station, the specialty box office saw a new release sweep the floors in its theatrical debut.

This week, Bleecker Street released the comedy Together, Together, starring Ed Helms and comic Patti Harrison. The pic follows a young loner Anna (Harrison) who is hired as a surrogate for Matt (Helms), a single man in his 40s. The two strangers come to realize this unexpected relationship will quickly challenge their perceptions of connection, boundaries and the particulars of love.

Together, Together racked up $522,440 in its opening weekend. At 665 runs in 136 markets, the Nikole Beckwith-helmed film performed decently in the LA and NY markets, selling out multiple evening shows.

The specialty box office saw two other new releases, though much smaller than Together.

Screen Media Films’ Street Gang: How We Got To Sesame Street and Gravitas’ Sweet River made small market premieres at 25 runs apiece. Both newcomers made meager gains, grossing $10K and $8K, respectively.

All Academy Award-nominated films made their usual marks this week. We’ll see next week whether Oscar hardware will affect the gross trajectory of these holdovers.

Coldplay Perform “The Astronaut” and “Fix You” on SNL: Watch
Grammys TV Review: Beyoncé Makes Winning History; Music’s Big Night Gets A Lot Of Its Beat Back With Hip Hop Celebrations & Mixtape Of A CBS Show
Knock at the Cabin Movie Clip – Andrew Refuses To Make A Sacrifice (2023)
These Harry Styles Looks Will Leave You on a Watermelon Sugar High
A Man Called Otto Movie Clip – O-T-T-O (2023)