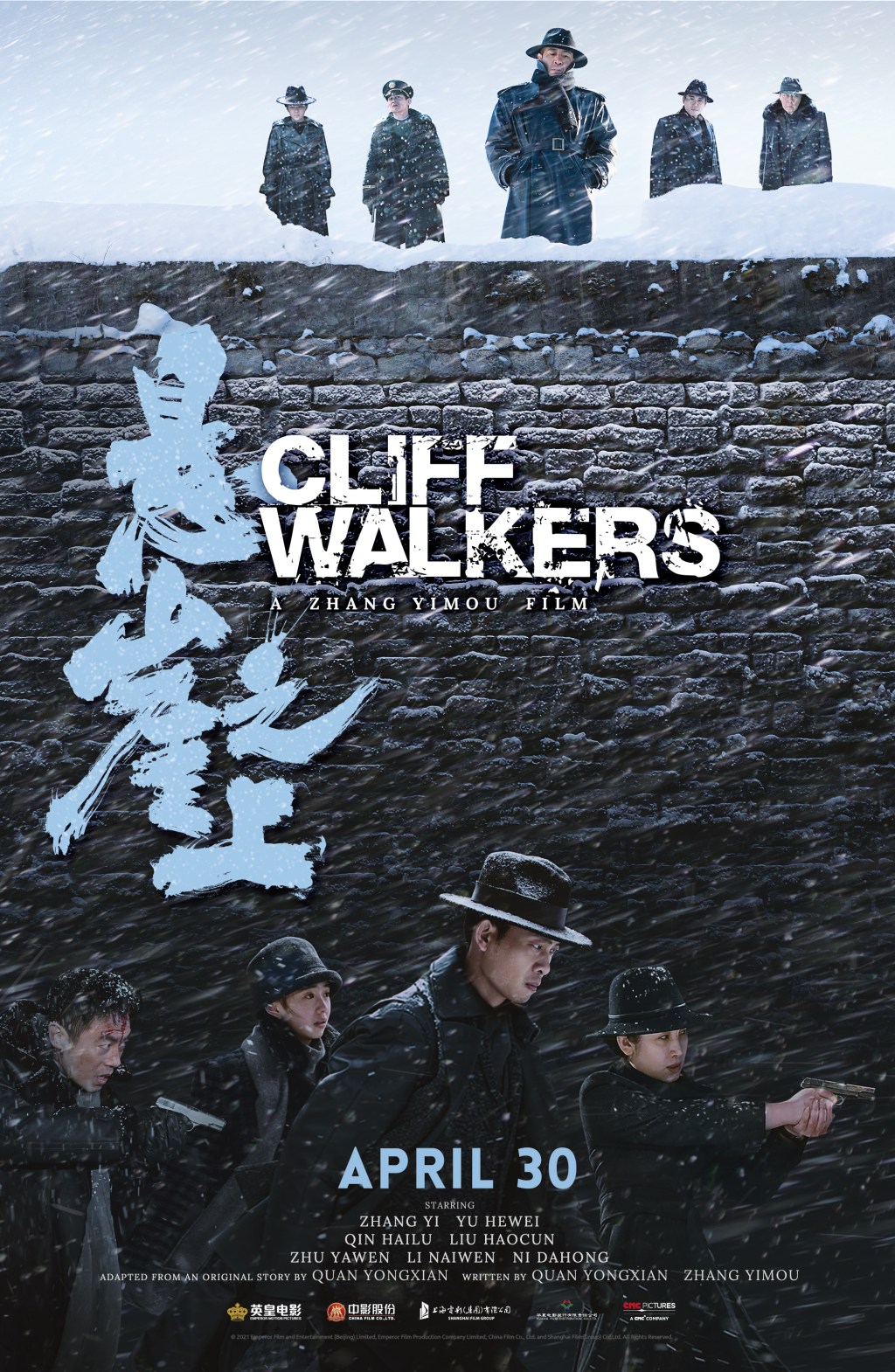 Director Zhang Yimou returns to theaters this weekend with Cliff Walkers, an espionage thriller set in 1930s China. It’s a change of tone for the director of Shadow, House Of Flying Daggers and Hero, who also helmed Matt Damon-starrer The Great Wall in 2016.

Based on a script by Quan Yongxian, Cliff Walkers opens in pre WWII north east China, where the titles inform us that secret Japanese camps committed heinous crimes against the Chinese. In an aerial shot over the snowy wilderness, four white parachutes appear. Special agents — two men and two women — are landing on a secret mission, codenamed “Utrennya.” The two couples split up for safety, and are met by handlers. But it soon becomes clear that there’s at least one traitor spilling their secrets, so they must fight to evade detection and complete the mission. Over the coming days, the action flits between various groups of communist spies, and Chinese prisoners being tortured and shot.

It’s a plot that manages to be both simple and convoluted. The mysterious mission itself isn’t especially involving, but the agents’ attempts to complete it involve an almost exhausting amount of double crossing. Unlike spy films like Red Sparrow, that focus on one or two protagonists, this is almost too democratic in the multiple agents it follows — there’s no time to develop any of their characters fully.

Still, there are strong performances from the likes of Qin Hailu (The Pluto Moment), Zhang Yi (Operation Red Sea) and Yu Hewei (I Am Not Madame Bovary). And a few striking scenes deliver suspense. Boarding a train, the agents must sit apart, pretending not to know one another and covertly writing messages on the bathroom mirror. As one later says, “When an organization is in trouble, the most archaic methods are the safest.” These kinds of details intrigue, but Cliff Walkers isn’t as nail-biting as you might expect from the trailer. From hand-to-hand combat to gun fights, the action is frequent, but only occasionally compelling.

Cliff Walkers is most memorable for its unusual setting and time frame. While period spy thrillers like Lust, Caution have centered on urban areas, it’s fascinating to see the fitted coats and fur-lined dresses of the 30s in this snowy, rural Chinese setting. A small town movie theater showing Charlie Chaplin’s The Gold Rush serves to underline the contrast between this world and the Western one we’re used to seeing on screen. Cliff Walkers may be only moderately successful as a spy movie, but it’s an evocative depiction of a specific place and time.

Austin Butler Promises To Drop His Elvis Voice, Laments The Physical Toll Of Filming His Oscar-Nominated Role
We Are Never Ever Getting Over These Secrets About Taylor Swift
Bachelor Nation’s Sarah Herron Reflects on “Last Morning” of Pregnancy
Knock at the Cabin Movie Clip – Trying to Escape (2023)
Ridley Scott’s ‘Gladiator’ Sequel Gets Pre-Thanksgiving 2024 Release