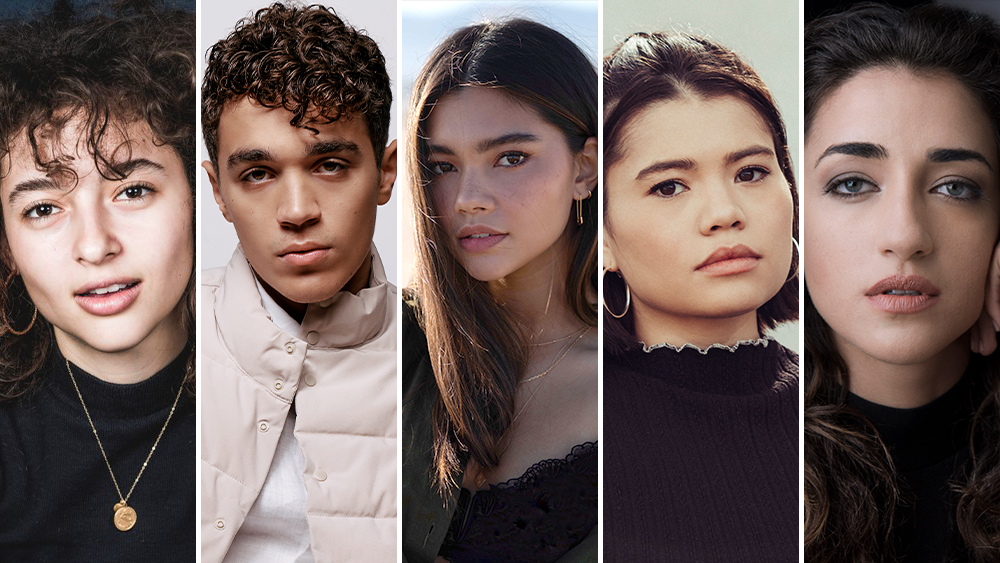 Character details are being kept under wraps.

Hot Pink, from Amazon Studios in association with Annapurna Pictures, was loosely inspired by Elana K. Arnold’s National Book Award finalist What Girls Are Made Of.

Series creator Holm is executive producing with director Desiree Akhavan (The Miseducation of Cameron Post) and executive producers Rebecca Green (It Follows), and Sue Naegle and Ali Krug for Annapurna.

If ordered to series, Hot Pink would join Amazon Studios’ growing YA series slate, which includes The Wilds, already renewed for a second season, and the upcoming Panic.

Published in 2017, Arnold’s What Girls Are Made Of is described as exploring “the real, knotted, messy, thriving heartbeat of young womanhood” through the eyes of a 16-year-old girl.

Bloomgarden recently wrapped a supporting role in the Netflix/Sony feature Fatherhood starring Kevin Hart and directed by Paul Weitz, along with a supporting part in the indie feature Good Girl Jane opposite Andie MacDowell. She is a recent graduate of the Royal Welsh College of Music and Drama. Bloomgarden is repped by Innovative Artists and Grandview.

Iacono was recently seen in Netflix’s series Grand Army, which tells the story of five high school students as they struggle with sexual, racial, and economic politics and fight to succeed and become somebody. He’ll next be seen in the second season of Showtime’s City on a Hill. He’ll also appear in Starz’s Hightown, as well as guest starring in the 11th season of CBS’ Blue Bloods. He is repped by Take 3 Talent Agency.

Molloy will next star as Quinn in the upcoming Netflix feature He’s All That opposite Addison Rae, Tanner Buchanan, and Maddison Pettis. She guest starred on the most recent season of Freeform’s The Bold Type. On stage, she recently starred as the titular lead on the national tour of Miss Saigon. Molloy is repped by Luber Roklin and Gersh.

Donnelly is a Los Angeles based writer, actor and self-proclaimed ‘crop top comedian.’ She can next be seen in a guest star role on Mindy Kaling’s upcoming HBO Max series, The Sex Life of College Girls. Previously, she was staffed on Season 2 of Everything’s Gonna Be Okay on Freeform. Donnelly is repped by 3Arts and CAA.

Davila  is a Cuban/Bulgarian actress, comedian, and writer from Miami, FL. She’s best known for creating the comedic web series The Chonga Diaries and viral song parody “Chongalicious,” which she created as one half of the duo The Chonga Girls. As an actress she played a supporting role in the feature film Embattled, recurred on Adam Ruins Everything, and South Beach. She’s currently in development on 2Nite With The Chonga Girls, an innovative talk show. Davila is repped by Innovative Artists, Odenkirk Provissiero Entertainment, and Ziffren Brittenham.