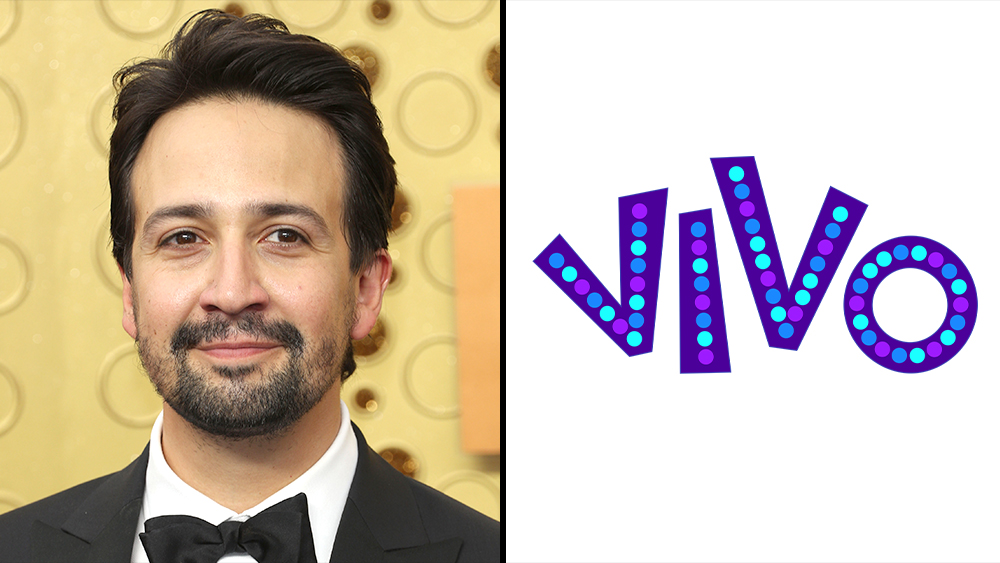 The movie, directed by Oscar nominee Kirk DeMicco (The Croods) and co-directed by Brandon Jeffords (Cloudy With a Chance of Meatballs 2) with new songs written and performed by Tony award winning Hamilton creator Lin-Manuel Miranda, was recently scheduled for a theatrical release on June 4. The new drop date on Netflix is still to be determined.

I understand this is a similar deal to Netflix’s pick-up of Sony’s Kevin Hart movie Fatherhood whereby Netflix gets the first window, which is streaming, and Sony will retain all home entertainment, linear TV rights to all other territories, including China theatrical, after the pic’s exclusive run on the streamer. Note the recent licensing of Sony’s Vivo by Netflix is outside the streamer’s new multi-year $1 billion deal with the Culver City studio. That deal commences in 2022, as previously reported, and provides an exclusive window for Sony’s theatrical titles to Netflix. In addition the streamer has a first-look deal for any direct-to-streaming titles Sony is contemplating.

Vivo follows a one-of-kind kinkajou (aka a rainforest “honey bear,” voiced by Miranda), who spends his days playing music to the crowds in a lively Havana square with his beloved owner Andrés (Buena Vista Social Club’s Juan de Marcos González). Though they may not speak the same language, Vivo and Andrés are the perfect duo through their common love of music. But when tragedy strikes shortly after Andrés receives a letter from the famous Marta Sandoval (3x Grammy-winner Gloria Estefan), inviting her old partner to her farewell concert in Miami with the hope of reconnecting, it’s up to Vivo to deliver a message that Andrés never could: A love letter to Marta, written long ago, in the form of a song. Yet in order to get to the distant shores of Miami, Vivo will need to accept the help of Gabi (newcomer Ynairaly Simo) – an energetic tween who bounces to the beat of her own offbeat drum.

Vivo is written by DeMicco and Pulitzer Prize winner Quiara Alegría Hudes, who wrote the book for Miranda’s Tony-winning Broadway musical In The Heights.

Said Miranda, “Bringing Vivo to life has been an incredible artistic journey. I couldn’t ask for better creative partners than Kirk, Quiara, Alex and the entire team at Sony Animation. I’m so excited Vivo will have a home at Netflix, where kids of all ages will be able to enjoy the film’s songs and adventures again and again.” Miranda dropped a new trailer last night during the Oscars to his upcoming Warner Bros./HBO Max June 11 title In the Heights, which is the feature adaptation of his Tony-award winning Broadway musical.

DeMicco added, “Inspired by the words and music of Lin-Manuel, Quiara, and Alex, hundreds of artists at Sony Pictures Animation worked through uncharted and difficult times, bringing passion and beauty to every frame of the film. And as a musical, Vivo is a love letter to Latin music and this movie couldn’t exist without the heartfelt work of our vocal talent, including Gloria Estefan, Juan de Marcos, Zoe Saldana, Brian Tyree Henry, Ynairaly Simo and many others. I speak for everyone who helped make Vivo when I say we couldn’t be happier that our film can soon be enjoyed safely by millions of families on Netflix.”

“We are thrilled to once again be working with our friends at Netflix to ensure that Vivo, a film that we love so much, can be released and enjoyed by millions around the globe in the near future. We congratulate the incredible team behind Vivo, a movie about family, friendship, new beginnings, and the power of song. We can’t wait to share this unforgettable musical journey,” said Sony Pictures Animation President Kristine Belson.

“Vivo is full of comedy and heart. We’re excited to introduce families to the incredible cast of characters led by Lin-Manuel Miranda, who lends his voice to a lead animated feature role for the first time. This also allows us to continue our partnership with the incredible artists at Sony Pictures Animation and bring a story that celebrates the universal language of music to families around the world,” said Netflix VP of Original Animation Melissa Cobb.

Vivo also features the voices of Zoe Saldana (Guardians of the Galaxy) as Gabi’s mother, Rosa; Michael Rooker as a villainous Everglades python, Lutador; Brian Tyree Henry and Nicole Byer as a pair of star-crossed spoonbills; Leslie David Baker as a Florida bus driver; and Katie Lowes, Olivia Trujillo, and Lidya Jewett as a trio of well-meaning but overzealous scout troopers.

Vivo‘s departure leaves Universal/Dreamworks Animation’s sequel Spirit Untamed and New Line/HBO Max’s Conjuring: The Devil Made Me Do It as the only wide releases that weekend. Those two movies follow in the wake of the Memorial Day weekend release of Disney’s Cruella and Paramount’s A Quiet Place Part II.

Vivo joins Netflix’s growing slate of animated films and acquisitions such as Spongebob: Sponge on the Run (ex North America); as well as this year’s The Mitchells vs. The Machines and Wish Dragon, both from Sony Pictures Animation. They complement Netflix’s fast growing original slate of animated features which includes Oscar Nominated Klaus, Kris Pearn’s The Willoughbys, Glen Keane’s Academy Award Nominated Over the Moon; as well as the upcoming comedy Back to the Outback directed by Clare Knight and Harry Cripps, Richard Linklater’s Apollo 10 ½: A Space Age Adventure, Chris Williams’ The Sea Beast, Henry Selick’s Wendell & Wild, Nora Twomey’s My Father’s Dragon, Guillermo del Toro’s Pinocchio, Wendy Rogers’ The Magician’s Elephant, and an Aardman sequel to Chicken Run.

Lululemon Belt Bag Restock: Shop Before They Sell Out… Again
‘So Help Me Todd’ Renewed For Season 2 On CBS
Raiders’ Maxx Crosby Rips Joey Bosa For Blasting Refs, ‘F***ing Crybaby’
Why Carolyn Bessette Kennedy Was on Every Mood Board This Season
Top 10 One Piece Swordsmen