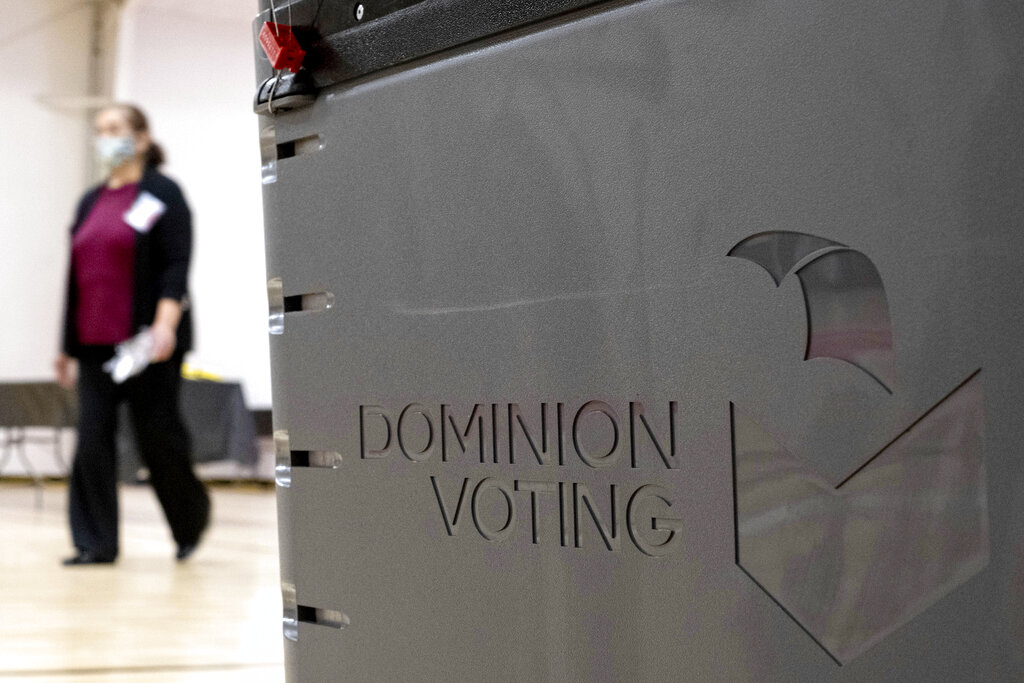 Newsmax issued an apology to an employee of Dominion Voting Systems who had named the media outlet in a defamation suit over false claims that he manipulated votes in the 2020 presidential race.

The suit was filed in December by Eric Coomer, director of product strategy and security for the company, after he had been the subject of conspiracy theories spread on the right, in sync with Donald Trump’s claims that the election was stolen from him.

In a statement posted on its website, the media outlet said, “Newsmax would like to clarify its coverage of Dr. Coomer and note that while Newsmax initially covered claims by President Trump’s lawyers, supporters and others that Dr. Coomer played a role in manipulating Dominion voting machines, Dominion voting software, and the final vote counts in the 2020 presidential election, Newsmax subsequently found no evidence that such allegations were true. Many of the states whose results were contested by the Trump campaign after the November 2020 election have conducted extensive recounts and audits, and each of these states certified the results as legal and final.”

Coomer’s attorney, Steve Skarnulis, confirmed the settlement but said that the terms were confidential.

In his lawsuit, filed in December in Colorado, Coomer’s attorneys wrote in their complaint that Coomer “has been vilified and subjected to an onslaught of offensive messages and harassment. In response to multiple credible death threats, Dr. Coomer has been forced to leave his home in fear for his safety.”

In its statement, Newsmax said, “On behalf of Newsmax, we would like to apologize for any harm that our reporting of the allegations against Dr. Coomer may have caused to Dr. Coomer and his family.”

Even though the claims against Newsmax were dismissed, the litigation remains ongoing, as a number of other defendants were named in Coomer’s lawsuit. They included the Trump campaign, attorneys Sidney Powell and Rudy Giuliani, and media figures and commentators like Michelle Malkin and Chanel Rion. Also named was another outlet, One America News Network, which has garnered attention for its steadfast defense of the former president.

Also named in the lawsuit was Joseph Oltmann, a podcast host identified in the lawsuit as the source of the conspiracy theories about Coomer. As recounted in the lawsuit, Oltmann claimed to have infiltrated a call with antifa member, and a man named “Eric from Dominion” said that he would ensure that Joe Biden was elected president.

In the lawsuit, Coomer’s attorneys noted, “Oltmann provided no explanation for how he learned of this purported call or gained access to it. Oltmann acknowledged he has no recording of it and indicated he had no knowledge of the participants he referenced within it.” But Oltmann attributed the alleged statements to Coomer, and then outlets on the right amplified the claims in the media. After the lawsuit was filed, Oltmann defended the claims, saying on his podcast, “I don’t write stuff on my social media that, that frankly, that I wouldn’t be able to defend. I don’t,” according to Colorado Public Radio.

Dominion Voting Systems has filed lawsuits against Giuliani and Powell and MyPillow CEO Mike Lindell for spreading conspiracy theories about the company, and last month, the company sued Fox News for $1.6 billion. The network has defended its reporting, and called the lawsuit “baseless.” Fox News also has asked a judge to dismiss a defamation case filed by another election systems company, Smartmatic. Among other things, the network contends that their coverage was protected by the First Amendment as it was focused on claims made by the then-president and his allies.