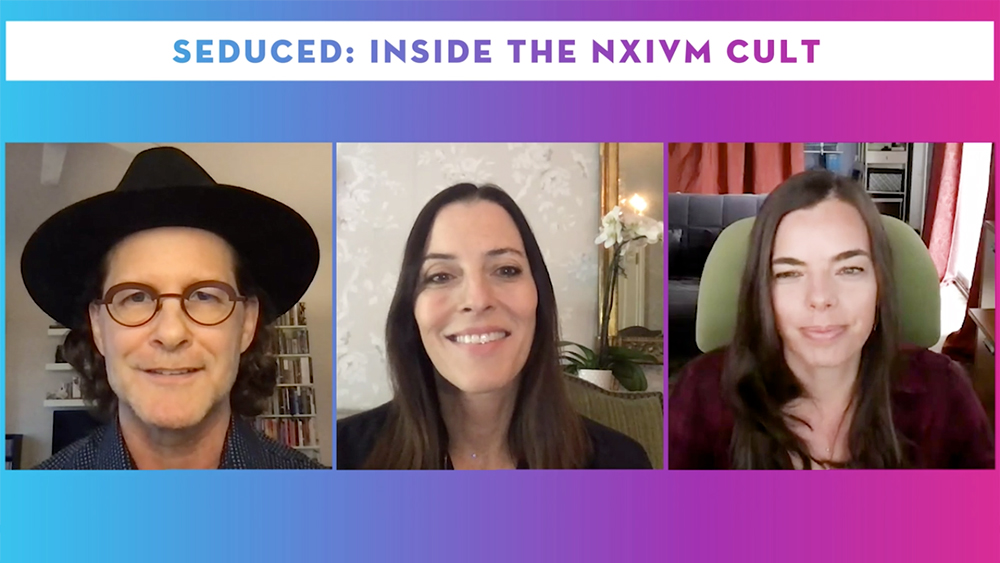 NXIVM marketed itself as a self-help program that would show participants the way to more meaningful lives and greater professional success. The reality was far more sinister.

The four-part Starz documentary Seduced: Inside the NXIVM Cult reveals the organization was actually set up to fleece participants out of their money and, chillingly, to satisfy the misogynistic sexual desires of founder Keith Raniere.

“[Raniere] really was a master salesman and he knew how to target, how to build this product and how to micro-target his customers,” producer Inbal B. Lessner said during Deadline’s Contenders Television: Documentary + Unscripted awards-season event. “He implemented…manipulation tactics to get people hooked, get people in, really all in. …They started manipulating your thinking and brain and making you push and forget your boundaries.”

NXIVM recruited among the wealthy and individuals connected with Hollywood. Actress Catherine Oxenberg signed up for an introductory session and brought her daughter India along. The documentary asserts NXIVM staff promptly identified India as a candidate for Raniere’s harem, and followed a playbook used by cults to break down family bonds.

“You see in the very first episode how the group separated the mother and daughter,” director Cecilia Peck said. “They took India to one part of a room, they immediately told her, ‘You must over-identify with your mother; you’re dressed just like her,’ to shame her, humiliate her, and make it feel like it would be in her best interest to become independent. So that’s the beginning of predatory alienation.”

Catherine Oxenberg didn’t fall for what NXIVM was selling, but her daughter got sucked in and was eventually initiated into DOS, the secret “sorority” within the organization that abided by master-slave relationships. India, like a number of other attractive young women in DOS, got branded with a logo that doubled as Raniere’s initials.

Catherine Oxenberg fought relentlessly to get her daughter out of the group and expose NXIVM for what it truly was.

“Catherine just never gave up,” Peck said. “She went to the New York Times, she went to the FBI, she talked to everybody who she felt could help and she never stopped sending India messages of love, even when India didn’t speak to her for almost a year. One of my favorite moments in the series is when the cult expert Rick Alan Ross says that Keith Raniere’s fatal mistake was in underestimating Catherine Oxenberg. It’s really a mother-daughter story at the heart of it and what it took for Catherine to save India.”

Check back Monday for the full panel video.