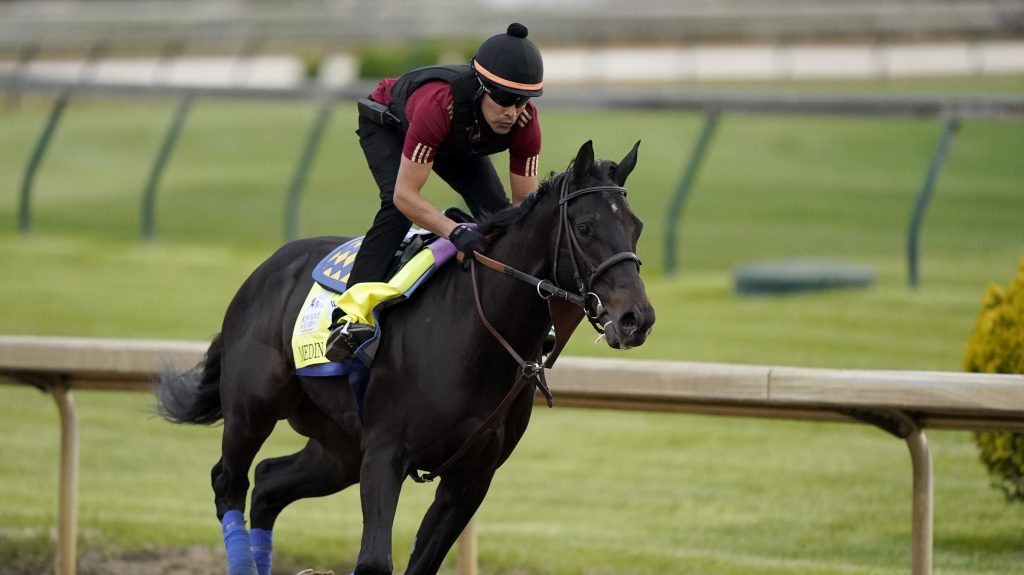 On Saturday, Medina Spirit won the 147th Kentucky Derby, which saw fans return to Churchill Downs, after a year away due to the Covid-19 pandemic.

The three-year-old race horse, trained by two-time Triple Crown winner Bob Baffert, was ridden to victory by John R. Velazquez, besting two-year-old Essential Quality, who was the favorite to win. Medina Spirit’s odds of winning coming into the race were 12-1.

Medina Spirit’s triumph brought Baffert into the lead, in terms of Derby wins by a trainer, with seven. Velazquez was coming off another major win on Friday at the Kentucky Oaks competition, atop undefeated American Thoroughbred, Malathaat.

While the Kentucky Derby typically attracts a crowd of more than 150,000 people, today’s event was held at limited capacity, with just 51,838 spectators present. At the sporting events, socially-distanced spectators were required to wear masks when they weren’t eating or drinking, though some of those in attendance reportedly refused to comply.

After a year that saw the Derby held in the absence of fans, it returned to its regular spot on the calendar this year, along with the Preakness Stakes and the Belmont Stakes, the two other races one needs to win, in order to claim the coveted Triple Crown. Preakness Stakes is set for May 15, with Belmont Stakes following on June 5.