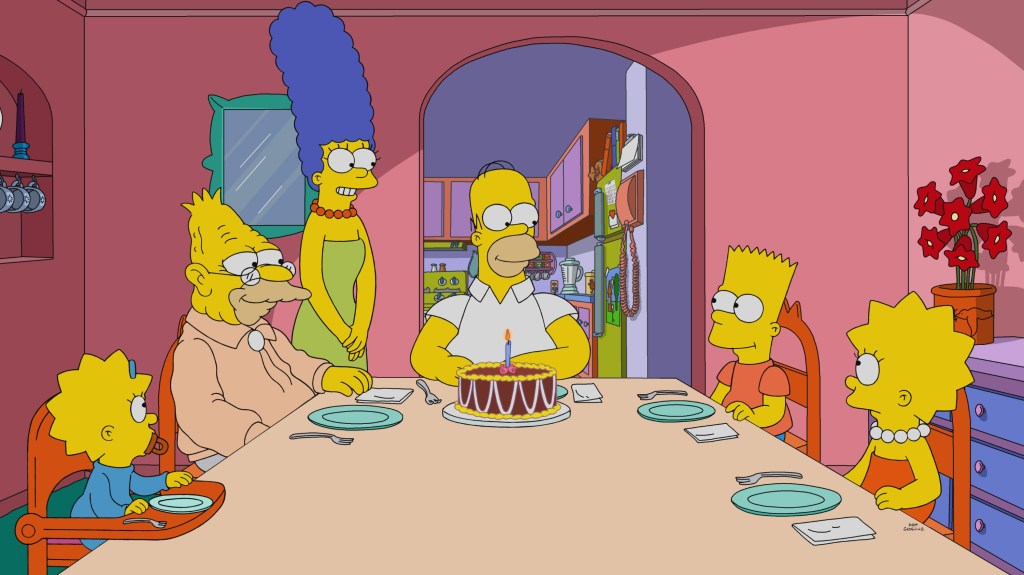 The revered and famously reclusive Simpsons writer John Swartzwelder granted his first major interview after leaving the show almost twenty years ago. In an exclusive interview published today by the New Yorker, Swartzwelder gave an inside look into his early career and his time writing on the iconic animated Fox sitcom.

Swartzwelder is known to have penned some of the Simpsons’ best episodes, writing 59 in his entire career – more than any by a single staff writer in the show’s history. He is commonly deemed “one of the greatest comedy minds of all time”, his work influencing a generation of comedy writers.

In the interview, the writer recalled his application to work at Late Night With David Letterman in 1983. “I submitted two or three pages of jokes to him, with a cover letter, complete with name, address, and phone number. All this was stuffed into a regular letter-sized envelope, which had the words “Free Jokes Inside!” on the outside. Jim told me later that it was the surprising unprofessionalism of this submission that intrigued him enough to open the letter. And he called me right up,” Swartzwelder said.

Of his time at Saturday Night Live, Swartzwelder remembered a joke he said he always regretted never getting aired. “’Tragedy struck the slopes of Mount Rainier this week when a stranded hiker had to eat the people who were rescuing him just to stay alive.’ It got a big laugh in dress rehearsal, but only one big laugh, from one big guy in the back. Everyone else just sat quietly in their seats, waiting for someone to tell them a joke. So it got cut. Too bad,” Swartzwelder said.

Swartzwelder revealed the writing process for the Simpsons didn’t cater to kids or adults, but rather to make other writers laugh. He remarked, “Luckily, a lot of other people, both kids and adults, liked the same jokes we liked.”

Of all episodes Swartzwelder has written, he named some of his favorites including “Itchy & Scratchy & Marge,” “Bart the Murderer,” “Dog of Death,” “Homer at the Bat,” “Homie the Clown,” “Bart Gets an Elephant,” “Homer’s Enemy,” and “Homer vs. the Eighteenth Amendment.”

When asked about his everlasting impact on the Simpsons, Swartzwelder warmly remarked he’s thankful the show’s legacy made viewers at home look at television writers in a new light. “The Simpsons did something I didn’t think possible: it got viewers to look at writers’ credits on TV shows. When I was growing up, we looked at the actors’ names, and maybe the director, but that’s it. Now a whole generation of viewers not only knows about writers, they’re wondering what we’re really like in real life. And they want to know what we’re thinking. And look through our windows. That’s progress, of a sort, and we have The Simpsons to thank for it,” Swartzwelder said.