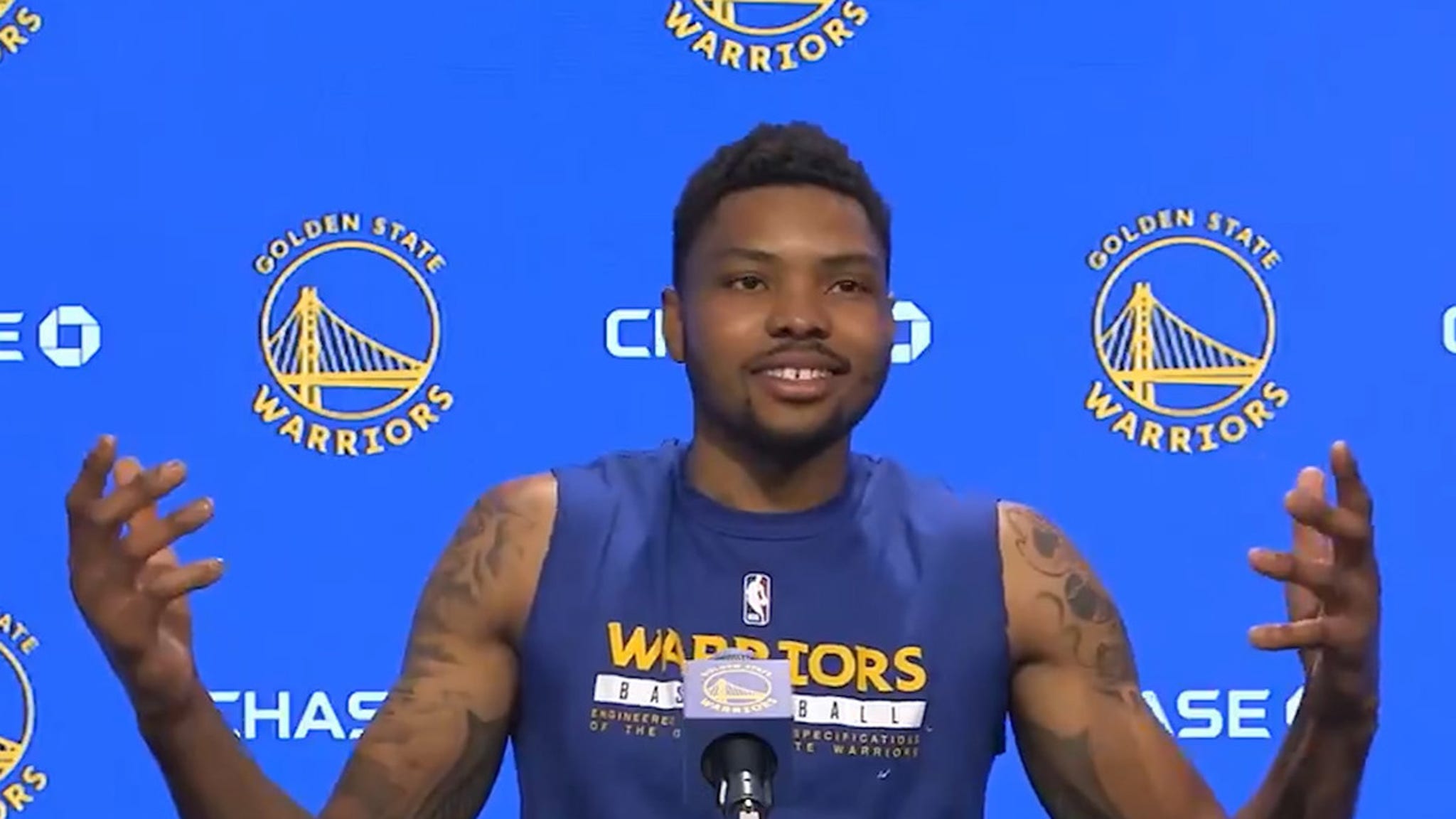 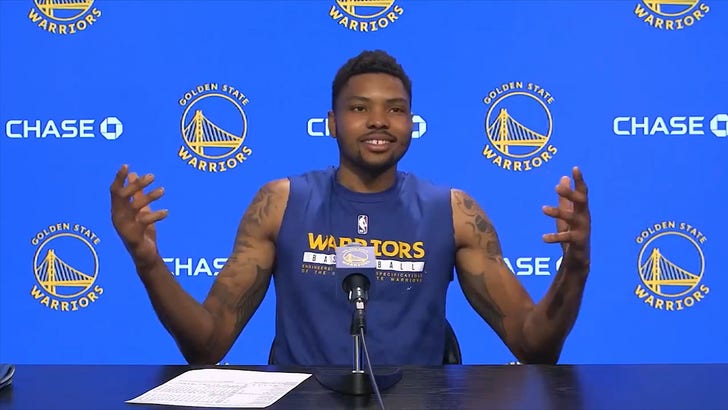 Bazemore had referenced Beal’s recent hammy injury while praising Stephen Curry‘s quest for the scoring title earlier this week … saying, “We got guys hurting hamstrings to keep up.”

Beal — who’s currently second in the scoring race behind Curry — UNLEASHED on Bazemore for his comments, with the 27-year-old calling the Dubs role player a “straight lame” and other brutal jabs on Twitter. 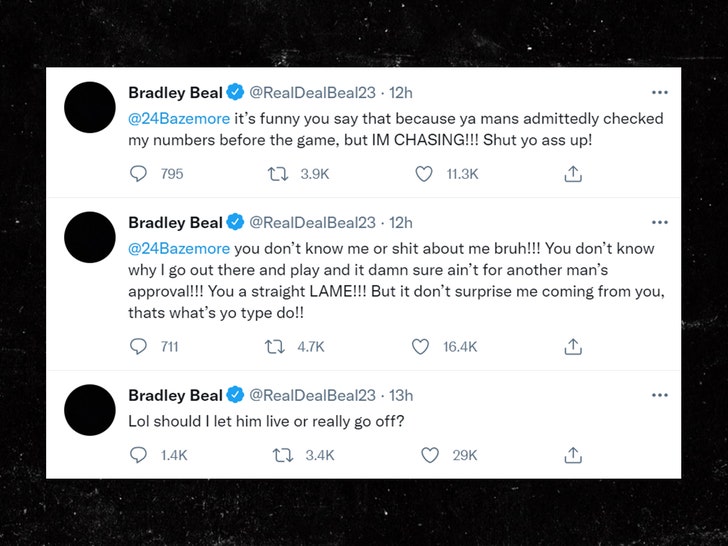 It got so bad, even Beal’s wife, Kamiah, got in on it … saying, “I just don’t understand why someone who can’t even compete with my 2.5 year old son in basketball would fix his MOUF to say some trash ass s*** like he did.”

Baze — who averages 8 points, 3 rebounds and nearly 2 assists in his career — was asked about the feud after the Warriors’ 119-116 win over the Jazz on Monday … and he claimed the fallout from his words “got out of hand.”

“I guess you can’t joke anymore, but man, whatever,” Bazemore told reporters. “I don’t know, man. I feel like I am a pretty light-hearted guy. I stay in my own lane.”

“I don’t say things and ruffle feathers, but, hey, man, it’s just … if you want to know where my loyalty is, it’s with SC30. Anybody out there chasing him is going to be tough, whatever.”

He added … “It kind of got out of hand. I haven’t checked my phone all day until after the game. It’s kind of blowing up. But I don’t get involved in crap, man.”

No word on if Beal is buying Bazemore’s clarification … but don’t hold your breath.

As for the scoring race, Steph currently has 31.9 points per game, while Beal has 31.4 … and the regular season ends in 5 days.