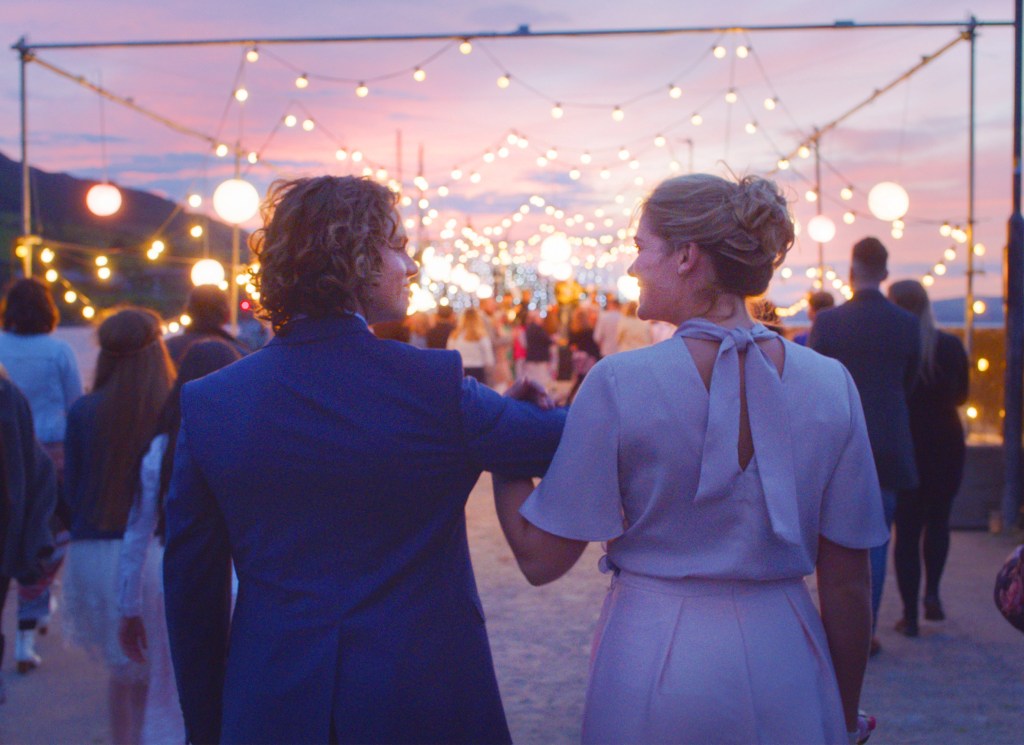 Roadside Attractions is releasing Finding You, a coming of age romantic drama based on Jenny B. Jones’ novel There You’ll Find Me and written and directed by Brian Baugh. The pic, which is available in theaters today, stars Rose Reid, Jedidiah Goodacre, Katherine McNamara, Patrick Bergin, Saoirse-Monica Jackson, with Tom Everett Scott, and Vanessa Redgrave

In the movie, after an ill-fated audition at a prestigious New York music conservatory, violinist Finley Sinclair (Reid) travels to an Irish coastal village to begin her semester studying abroad. At the B&B run by her host family, she encounters gregarious and persistent heartthrob movie star Beckett Rush (Goodacre), who is there to film another installment of his medieval fantasy-adventure franchise.

As romance sparks between the unlikely pair, Beckett ignites a journey of discovery for Finley that transforms her heart, her music, and her outlook on life. In turn, Finley emboldens Beckett to reach beyond his teen-idol image and pursue his true passion. But when forces surrounding Beckett’s stardom threaten to crush their dreams, Finley must decide what she is willing to risk for love.

Oscar-winner Christoph Waltz is marking his feature directorial with Georgetown, a crime thriller that is hitting limited theaters this weekend via Vertical Entertainment before it goes to VOD on May 18. Waltz stars along with Vanessa Redgrave, Anette Benning, Corey Hawkins, and Laura de Carteret.

Waltz plays eccentric and smooth-talking social climber, Ulrich Mott, who seems to have everyone in Washington, D.C., wrapped around his finger. But when his wealthy, well-connected, and much older wife (Redgrave) turns up dead in their home, her daughter Amanda (Bening) suspects Ulrich may not be all that he seems as the police investigation begins to uncover a larger deception that goes far deeper than anyone ever imagined.

IFC Midnight’s new horror film The Djinn is out today in select theaters as well as digital and on-demand.

Co-directed by David Charbonier and Justin Powell, the film follows a mute twelve-year-old, Dylan Jacobs, as he discovers a mysterious book of spells inside his new apartment. Grieving the loss of his mother, and feeling isolated from everyone except for his father, Dylan performs a ritual that promises to deliver his heart’s desire: to have a voice. But he soon discovers that every gift has a toll when a sinister djinn arrives to collect his soul. Now trapped in his new home with nowhere to hide, Dylan must find a way to survive until the stroke of midnight or pay the ultimate price.

Mads Mikkelsen stars in Danish-language action drama Riders of Justice, which Magnet Releasing is releasing in select theaters today followed by an on-demand release on May 21.

In the film, recently-deployed Markus (Mikkelsen) is forced to return home to care for his teenage daughter after his wife is killed in a tragic train accident. But when a survivor of the wrecked train surfaces claiming foul play, Markus begins to suspect his wife was murdered and embarks on a revenge-fueled mission to find those responsible.

Robert Machoian is serving up some marriage drama in The Killing of Two Lovers, out today in select theaters and on digital platforms via Neon.

Clayne Crawford, Sepideh Moafi, and Chris Coy star in the film, which follows David, who desperately tries to keep his family of six together during a separation from his wife, Nikki. They both agree to see other people but David struggles to grapple with his wife’s new relationship.

The film had its world premiere at the 2020 Sundance Film Festival.

Simon Baker and Jacob Junior Nayinggul star in Higher Ground, the Stephen Maxwell Johnson-directed drama that is available on digital and on-demand through Samuel Goldwyn Films.

The pic, which premiered at the 2020 Berlin Film Festival, follows Gutjuk who teams up with ex-sniper Travis to track down the most dangerous warrior in the Territory, who is also his uncle. As Travis and Gutjuk journey through the outback, they begin to earn each other’s trust, but when the truths of Travis’ past actions are suddenly revealed, it is he who becomes the hunted.

Also in theaters today is The Man in the Hat, a comedy from Gravitas Ventures.

Written and directed by John-Paul Davidson and Stephen Warbeck, the film journeys through France in a Fiat 500 accompanied by a framed photograph of an unknown woman. He is pursued by five angry men in a Citroen Dyane. Why are they chasing him and how can he shake them off?

Ciaran Hinds, Stephen Dillane, and Maïwenn star. The Man in the Hat is also available on-demand

Mohammad Rasoulof’s Berlin Film Festival Golden Bear winner There is No Evil opened in limited theaters from Kino Lorber. The anthology feature is comprised of four stories of men who are each put in front of an unthinkable but simple choice – to follow orders to enforce the death penalty upon others, or not. Whatever they decide, it will directly or indirectly corrode themselves, their relationships, and their entire lives.

Following the film’s premiere in Berlin, Rasoulof was sentenced to one year in prison in his home country for the political content of his films. Despite attempts to enforce a 20-year ban to keep him from making movies, TRasoulof has made six feature films, none of which have screened in Iran.

Austin Butler Promises To Drop His Elvis Voice, Laments The Physical Toll Of Filming His Oscar-Nominated Role
Top 10 Black Drama Films of the 1990s
These Harry Styles Looks Will Leave You on a Watermelon Sugar High
Goldeneye 007’s Violence Worried Nintendo So Much, A Ridiculous Alternate Ending Was Suggested
Where Olivia Wilde Reportedly Stands With Ex Jason Sudeikis Following Custody Drama And Breakup With Harry Styles