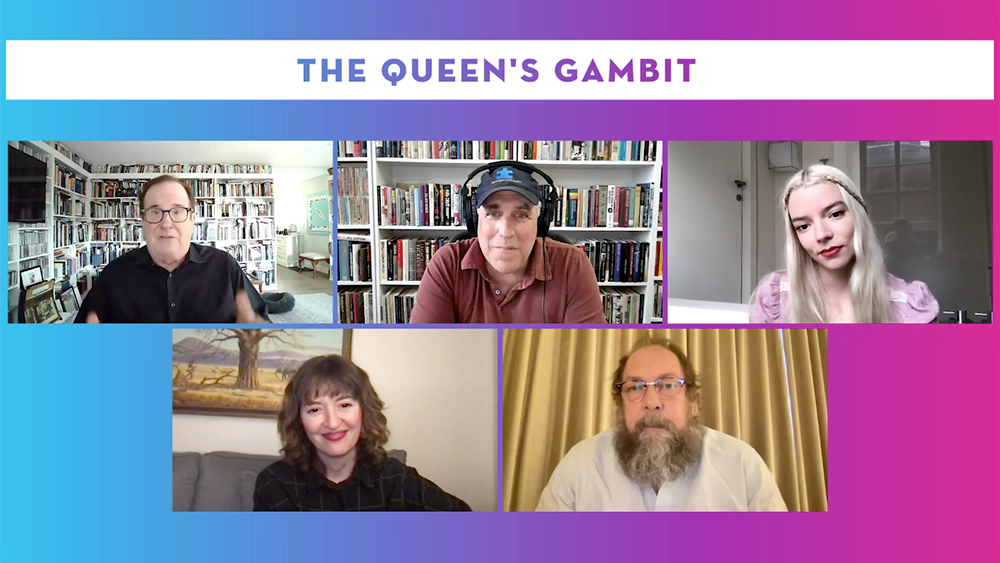 Producer William Horberg defined the meaning of tenacity during his appearance on the panel for the Netflix’s The Queen’s Gambit at Deadline’s Contenders Television all-day award-season event. The much-praised limited series has swept through just about every awards show it could win on its way to the Emmys. But if it seems like a slam dunk for that trophy, think again.

“My partner Allan Scott got the rights to this book in the early ’90s and I joined him in about 2000, so it’s literally been a 30-year journey to get to the screen,” Horberg said. “A lot of that time was spent trying to make it as a feature film. Allan had adapted the book and he had written a good screenplay, and there was always a lot of filmmaker interest in it, but we just couldn’t get the marketplace to really step up. You know it wasn’t an inexpensive film to make because it’s an international journey story and its period, so there was interest, but it just never added up to enough money to get a budget to get it made.

“And it was really when Scott Frank made Godless for Netflix, he called me up and just said, ‘You know, remember Queen’s Gambit — when we were trying to make that? I think the way to go would be as a limited series.’ And that pivot is what really unlocked the potential of finally getting it on the floor.”

Star Anya Taylor-Joy also has been racking up honors for her performance as an unlikely chess champion Beth Harmon in this adaptation based on the 1983 book by Walter Tevis (The Hustler, The Color of Money).

“First of all, I ran to the meeting with Scott. I don’t run, that’s not something that I do really, but I ran to that meeting as soon as I finished the book, because I so excited and I just, I knew her so immediately,” Taylor-Joy said. “And the first thing I yelled at Scott across the restaurant was, ‘It’s not about chess. It’s about loneliness and trying to find your place and the price of genius, and what it is to be that other and attempting to find your world within that.’ And yeah, I was desperate to tell this story. I fell in love with her immediately, and I really thought that I could do it right.”

Marielle Heller, director of films like Can You Ever Really Forgive Me?, was as surprised as anyone that the plum supporting role playing Beth’s adoptive mother landed in her lap. “It was sort of a fluke. Scott called me up and said, ‘You know, do you want to play this part?’ And I was like she’s an amazing part, but why would anyone let me play this part? Like, I haven’t acted in 10 years, there’s no tape on me,” she said, laughing. “But she sort of reminds me of the characters, honestly, that I make movies about because she’s not black or white — there’s something about her so complex. And we don’t get to see a lot of women who really are not easily pinned down into one thing and that’s what I found really challenging and interesting about the character.”

Veteran actor Bill Camp, who plays the school employee who turns into something of a chess mentor to Beth, also appears on the virtual panel. He called the role a “highlight” of his career.

Check back Monday for the panel video.