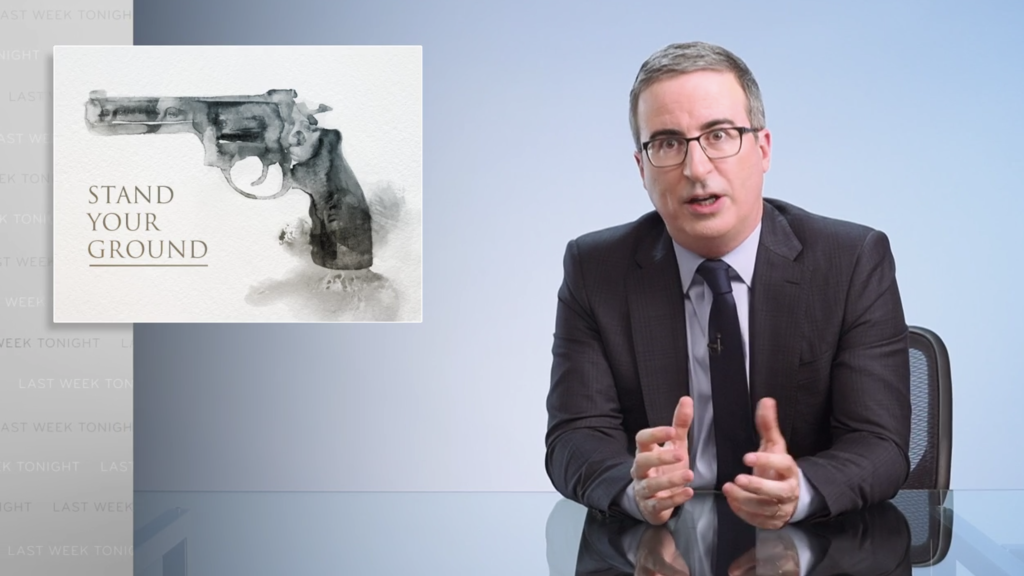 John Oliver kicked off Last Week Tonight by sounding off on the current state of affairs between Israel and Palestine.

The host was noticeably irritated by the diction of the Israeli government and certain American outlets who described Israel’s human rights violations as “evictions” and “property disputes.” Oliver considered them especially misleading.

“It’s like running a headline that says ‘Matt Gaetz Reaches Out To Florida Youth.’ Sure, not inaccurate, but it’s missing some pretty crucial details about the exact nature of that interaction,” Oliver said.

Oliver piled on his criticism of Israel by mocking their claims that the airstrikes were humane because they had given prior warnings.

“For the record, destroying a civilian residence sure seems like a war crime. Regardless of whether you send a courtesy heads-up text,” Oliver said.

He claimed the American government had blood on their hands by being silently complicit in Israel’s violence. Oliver reminded viewers that Biden’s response of “Israel has the right to defend itself” was repeated by presidents before him.

“That line cannot be used to excuse absolutely everything. Multiple children have been killed this week and the US is heavily implicated here … by constantly refusing to criticize the indefensible,” Oliver said.

The HBO Max host noted that though both sides have experienced civilian casualties, the Palestinians have suffered a worse fate. Oliver explained there is one morally acceptable viewpoint on this topic – a sentiment the program often expresses.

“The real tendency in America to ‘both-sides’ this – it’s important to recognize it’s simply not. Both sides are firing rockets, but one side has the most advanced military in the world. But one side is suffering them exponentially,” Oliver said.

Oliver segued to his topic of the week: a gun law active in 30 states called the “stand-your-ground” law. The law stipulates that people are allowed to meet a threat with deadly force if they believe they’re under duress.

The stand-your-ground law was infamously used in the 2012 George Zimmerman case, in which a community watch shot and killed 17-year-old Trayvon Martin. Zimmerman was successfully exonerated of wrongdoing after lawyers used stand-your-ground in his defense.

Stand-your-ground has since been put into practice in many other states, with the use of the law increasing. This is despite, Oliver said, the vast disparities in who the law does, and does not protect. According to reports from the Urban Institute, white-on-black homicides were deemed justified 281% more times than black-on-white crimes.

This is because these laws take into account perceived fear, which Oliver deemed “objectively subjective.” The law can be used to justify violence in cases where violence wasn’t necessary.

He emphasized, “[stand-your-ground laws] can exalt a white person’s fear over a black person’s life.”

Oliver dug his heels even deeper, adding that these laws do not deter crime. In states where stand-your-ground laws apply, homicides have overall increased almost 11 percent, whereas there was a 2% decrease in homicides in states without stand-your-ground, the show cited.

Oliver concluded, “Stand-your-ground has contributed to a society where vigilantes with guns can decide what is safety, who is a threat, and what the punishment should be. They have turbocharged everything from road rage incidents to pointless disputes over dog weights.”

He pleaded states to not “pass any more stand-your-ground laws and repeal the ones that exist. They are redundant solutions to a made-up problem and they are actively doing harm.”