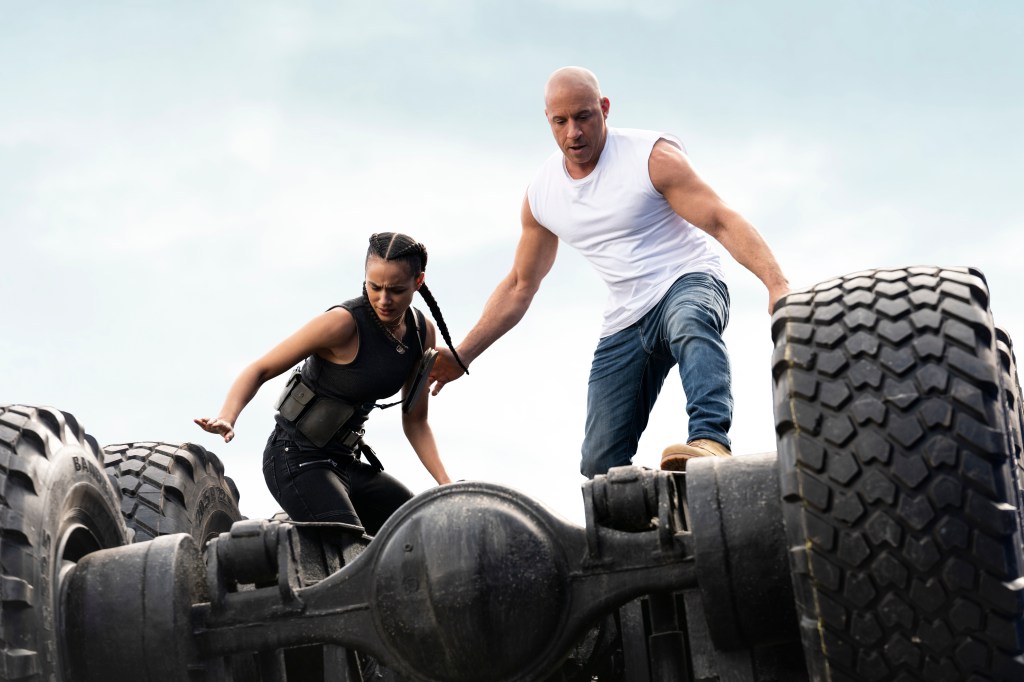 The Toretto family will be back in action this week as Universal’s F9 speeds into early offshore release beginning in Korea and Hong Kong on Wednesday, followed by Russia and the Middle East on Thursday and China on Friday. In those markets combined, F9 is looking to drive off with an opening weekend in the $160M-$180M range, industry sources believe, though it could go higher. Even on the low-end of the projected estimates, it would be the biggest international box office opening of a Hollywood film during the pandemic era.

China has, over the past several years, become the top overseas hub for the Fast Saga, with more than $1B across five films including 2019 spinoff Hobbs & Shaw. Middle Kingdom turnstiles are firing on all cylinders of late, and F9 is expected to do muscular business. Our sources are seeing the opening come in around $140M in the market. The want-to-see index on Maoyan, a measure which has evolved in recent times, has topped 1M which is the highest level Universal has ever reached prior to opening a movie in China.

F9 is leading pre-sales in China through the middle of next week, and has about $12M through this coming Sunday. The Friday release (with midnights on Thursday) gives the latest Justin Lin-helmed Fast entry plenty of roadway ahead of the 100th anniversary of the founding of the Communist Party on July 1 which will be marked by local celebrations and very likely a blackout on imports. This is the first time a studio tentpole has opened in China five weeks ahead of domestic.

Titles in the Fast franchise hold multiple records in China, including the Nos. 2 and 3 spots as the biggest Hollywood films of all time (The Fate Of The Furious at RMB 2.7B and Furious 7 at RMB 2.4B, respectively). A concentrated marketing push on F9 was made to reach deeper into the Tiers 2, 3 and 4 cities this time around (see more below).

As for the other markets where F9 is getting off the starting block, Russia should be the next biggest after China, having shown strong recovery of late. The Middle East has also been doing healthy business. Korea will be one to watch. The market has been depressed recently as people have shown some reticence to return to cinemas amid Covid spikes. This week includes the Buddha’s Birthday holiday on Wednesday (so does Hong Kong) and the Korean government has encouraged vigilance on public gatherings. About 2% of the population there is fully vaccinated.

When we originally reported that F9 was going out early overseas, Taiwan was due to be in the group, while Vietnam and Singapore were in the following week. However, virus-related emergency measures in those areas have led to Uni moving them closer to the North American release. The studio remains nimble as the situation evolves; it’s possible we see other changes to the schedule going forward.

The decision to spread out the rollout has been strategically devised to align with the variable availability of moviegoing and the comfort of audiences around the world. F9 will add 62 offshore markets after this first wave, with Australia on June 17, Latin America and domestic on June 25 and the UK, Spain, France, and Germany throughout July. Japan and Italy go in August.

Some of those future dates mean F9 will contend with the Euro Cup football tournament which is being played in various cities across the continent as well as in the UK from June 11-July 11. However, scheduling has been set up so that there is not much clash in the major soccer countries. It’s also a terrific holiday play period: Uni used the same strategy with Jurassic World: Fallen Kingdom during 2018’s World Cup.

As for comps, it’s not apples to apples looking back at Furious 7 and The Fate Of The Furious given the current state of the world including capacity restrictions and/or curfews in some areas. For reference, in the same bucket of F9 markets that are opening this weekend, F7 in 2015 did $91.7M at today’s rates (important to recall here that China opened on a Sunday so its first full FSS is not applicable). F8 then did $243.9M in the same overseas markets and at today’s rates, which does include $210.5M from the Middle Kingdom. Looking at a more recent pandemic release, Warner Bros/Legendary’s Godzilla Vs Kong bowed to $84M in the same markets where F9 is launching this frame.

Overall, Fast & Furious is the sixth-biggest global franchise of all time, with nearly $6B across nine films (including Hobbs & Shaw). The series is the second biggest “original” franchise behind only Star Wars, while internationally, it’s the fifth-biggest franchise ever at $4B+. F7 and F8 are the Nos. 5 and 9 biggest movies ever overseas. This is truly a global franchise which mixes action thrills with family elements.

In terms of F9 marketing and promotion, Uni reached further into China and its Tier 2, 3 and 4 cities and also included custom content and activations in Wenzhou, Wuhan and Chongqing. The campaign for F9 within Asia kicked into high gear with the launch of the trailer on April 14 this year which earned more than 800M global views. After its drop, first choice among traditional tracking measures for F9 tripled.

Talent also promoted the film across the Asia region, including a Vin Diesel custom greeting to Chinese consumers. At a press conference for F9 in China, Diesel shared exclusively that Fast 10 would film in the market. John Cena, known throughout Chinese social media as one of the most fluent Chinese speaking Hollywood actors, created daily social posts (with singing!) to promote F9. Targeting younger audiences, there was a large-scale F9 presence at the Strawberry Music Festival earlier this month. Further promos saw F9 take over the two biggest and most visible LED screens in China (in Chengdu and Chongqing) to showcase an iconic car stunt from the Fast Saga. In Korea, Gang-nam Street showcased a full-scale, out-of-home takeover with six building panels synchronized to create a 360-degree F9 experience.

The F9 story picks up after the events of The Fate Of The Furious, as Diesel’s Dominic Toretto is leading a quiet life off the grid with Letty (Michelle Rodriguez) and his son, little Brian, but they know that danger always lurks just over their peaceful horizon. This time, that threat will force Dom to confront the sins of his past if he’s going to save those he loves most. His crew joins together to stop a world-shattering plot led by the most skilled assassin and high-performance driver they’ve ever encountered: a man who also happens to be Dom’s forsaken brother, Jakob (Cena).

The action is global — from London to Tokyo, Central America, and Edinburgh, and from a secret bunker in Azerbaijan to the teeming streets of Tbilisi.