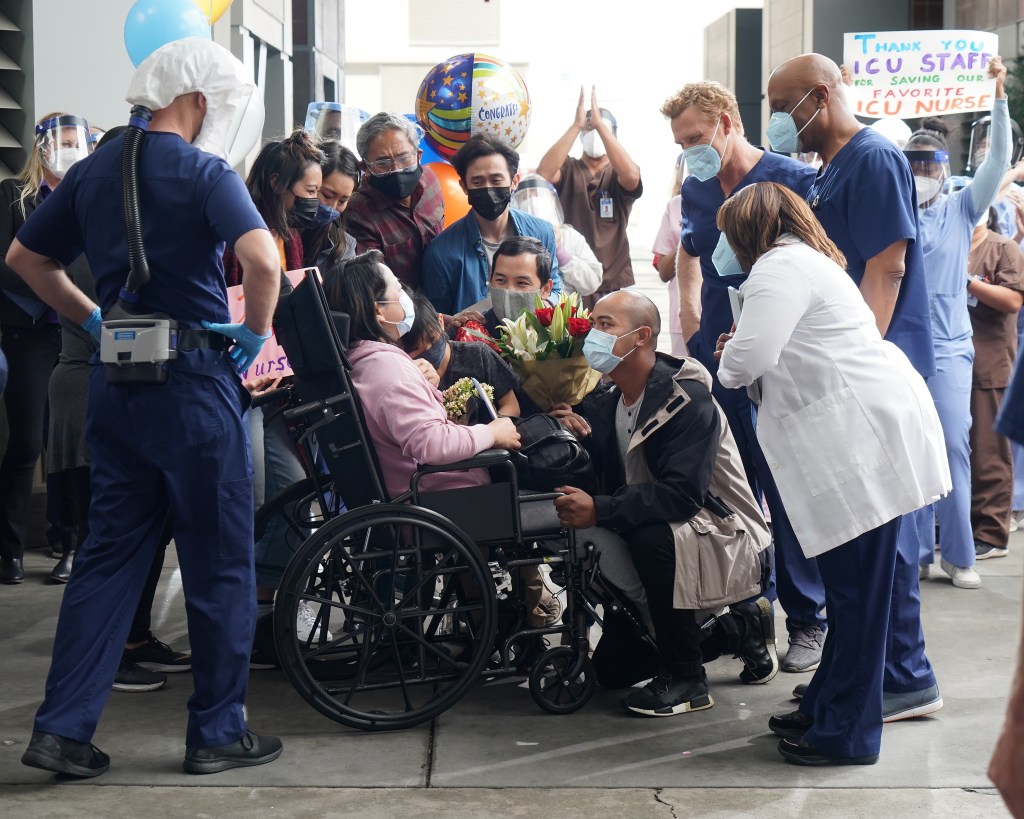 Asked at Disney’s pre-upfront press briefing whether Season 18 may be Grey’s last, Craig Erwich, President, ABC Entertainment and Hulu Originals, indicated that the network is hoping for more.

“Grey’s Anatomy continues to be a ratings juggernaut,” he said. “The fans loved this season. I thought Grey’s Anatomy did a really incredible job this year telling the stories of all the frontline heroes who are fighting the good fight (ageist) Covid
We will take Grey’s Anatomy for as long as we can.”

Erwich also addressed the notion that there may be some “Covid fatigue” among viewers who may not want to watch more of the pandemic reflected on screen after living through it for more than a year. ABC’s Grey’s Anatomy, spinoff Station 19 and The Good Doctor all incorporated Covid in their current seasons.

“I think Grey’s Anatomy, Station 19 and The Good Doctor were all incredibly strong this year,” he said. “I think these shows deserve a tremendous amount of credit. Not only did they return to production very quickly and really responsibly but broadcast television and ABC led the way telling the stories that are reflecting what was going on in the world.”

Most Anticipated Movies and TV of 2023 | The Ketchup
Fast Five Legacy Trailer (2011)
Anna Kendrick Admits She And Pitch Perfect’s Director Stole A Bunch Of Cups So They Could Get The ‘When I’m Gone’ Scene Just Right
Frasier Revival Teases Move Back to Cheers’ Boston
8 New Albums You Should Listen to Now: Young Fathers, the Men, Raye, and More