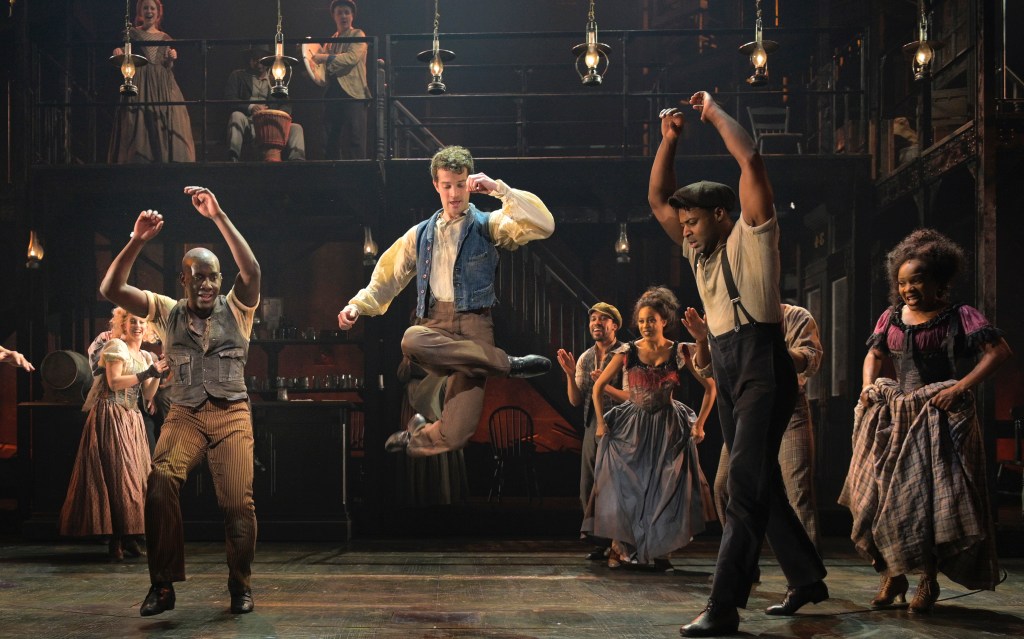 Casting and details about a Broadway engagement will be announced shortly.

The musical, set in the notorious Civil War-era Lower Manhattan Five Points slum, is produced by Garth H. Drabinsky, marking a return of the once ubiquitous Canadian theater executive following years of legal and financial woes around his former company Livent. Drabinsky, whose previous Broadway productions included Kiss of the Spider Woman, Show Boat, Ragtime and Fosse, is teamed on Paradise Square with longtime colleague Peter LeDonne, who co-produces.

Paradise Square will be the first major pre-Broadway show to open in Chicago after the pandemic shutdown. The musical will play from Nov. 2 – Dec. 5 at Broadway In Chicago’s James M. Nederlander Theatre.

As described by the production, the musical is set in 1863 New York City “amid the dangerous streets and crumbling tenement houses of the Five Points, the notorious 19th-century Lower Manhattan slum. Irish immigrants escaping the devastation of the Great Famine settled alongside free-born Black Americans and those who escaped slavery, arriving by means of the Underground Railroad. The Irish, relegated at that time to the lowest rung of America’s social status, received a sympathetic welcome from their Black neighbors (who enjoyed only slightly better treatment in the burgeoning industrial-era city). The two communities co-existed, intermarried, raised families, and shared their cultures in this unlikeliest of neighborhoods.”

The description continues, “The amalgamation between the communities took its most exuberant form with raucous dance contests on the floors of the neighborhood bars and dance halls. It is here in the Five Points where tap dancing was born, as Irish step dancing joyously competed with Black American Juba. But this racial equilibrium would come to a sharp and brutal end when President Lincoln’s need to institute the first Federal Draft to support the Union Army would incite the deadly NY Draft Riots of July 1863.”

The creative team features direction by Kaufman (I Am My Own Wife, The Laramie Project), choreography by Jones (Spring Awakening, Fela!), book by Christina Anderson, Marcus Gardley, Lucas and Kirwan. Graciela Daniele (Ragtime, Once on This Island) will provide the musical staging, in collaboration with Kaufman and Jones.

The score is by the team of Jason Howland (Beautiful: The Carole King Musical) and Nathan Tysen (Tuck Everlasting), with additional material provided by Masi Asare and Kirwan. The musical features original songs as well as a reimagining of the songs of Stephen Foster, who was writing and living in the Five Points at the time.

The world premiere of Paradise Square was produced in January 2019 by Berkeley Repertory Theatre. The musical is based on Hard Times, originally conceived by Mr. Kirwan, which was originally presented Off Broadway in 2012.