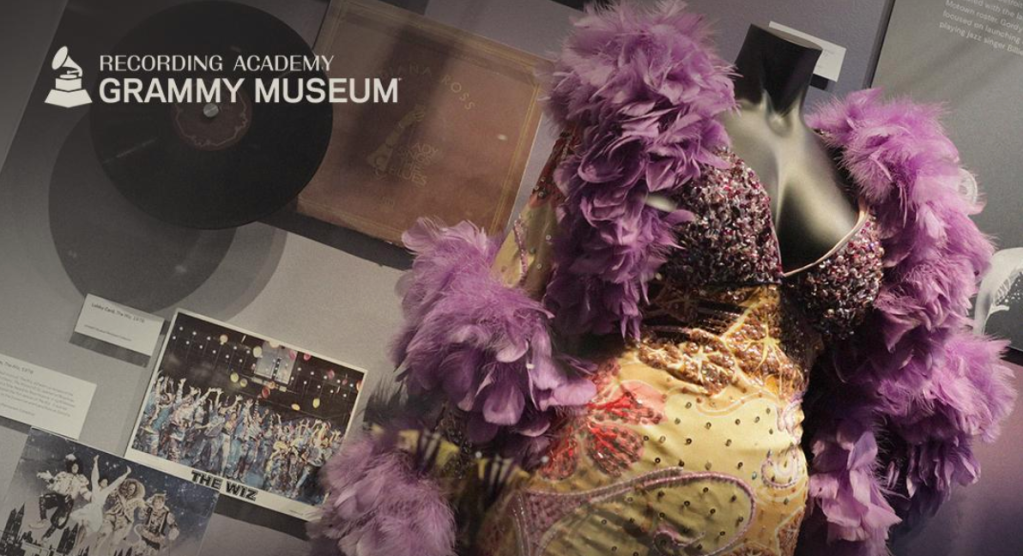 With the green shoots of spring — and mass vaccinations — bringing continued drops in Covid-19 cases, events and venues sidelined for the past year are cultivating comeback plans.

Below is a running list of theme parks and movie theaters that are reopening, movies rescheduled, and awards shows, film festivals and other live events that are preparing for in-person attendance this year.

MUSEUMS
The Grammy Museum has reopened with three new major exhibits. They include Dave Matthews Band: Inside and Out, which will be on view through Fall 2021; Y Para Siempre…Marco Antonio Solis, on view through Spring 2022; and the previously announced Motown: The Sound Of Young America on view through Winter 2021. Additionally, the museum’s This is Nat King Cole exhibit has been extended through the fall. The Clive Davis Theater remains closed for evening programming, but will be open during the day in order to screen a film as part of the Motown exhibit.

The California African American Museum joins the list of institutions reopening thanks to an easing of restrictions imposed due to the COVID-19 pandemic. The Exposition Park museum will reopen Saturday, March 27 with capacity limited to 25% due to continuing COVID guidelines and advance reservations required at caamuseum.org. Admission is free.

The Huntington Library will reopen its art galleries on April 17. Attendance will be limited to 25% of capacity and visitors must obtain tickets in advance. Available for viewing will be the newly restored masterpiece “The Blue Boy” by Thomas Gainsborough. In addition, “Made in L.A. 2020: a version,” the fifth iteration of the Hammer Museum’s biennial exhibition, will debut at both the Hammer Museum and the Huntington in two versions that make up the whole, and will remain at both institutions through Aug. 1.

The Autry Museum of the American West will reopen its doors to members on March 30, with the general public able to visit the facility in Griffith Park starting April 6.

The Petersen Automotive Museum in Los Angeles will reopen to the public Thursday, March 25. The venue is offering free admission to healthcare workers, first responders and their guests for the remainder of 2021. The museum will feature themed exhibits such as “Hollywood Dream Machines” (sci-fi and fantasy movie cars), “Supercars,” “Extreme Conditions” (off-roading), and “Redefining Performance” (Porsche).

The California Science Center announced a March 27 reopening date and plans for a Covid-19 exhibit to debut next month. The center, located in Exposition Park, will be open daily and limiting visitors to 25% capacity with timed entry reservations for all guests. The Science Center’s IMAX theater will also reopen March 27.

LIVE EVENTS/VENUES
The Magic Castle announced its reopening today at reduced capacity — open Friday, Saturday
and Sunday evenings for members and their invited guests only. Magic shows will initially be broadcast in showrooms via recorded video, with plans to expand to live entertainment options outdoors and an eventual return to live entertainment indoors as quickly as Covid-19 guidelines permit.

The Orange County Fair has been scheduled to return on July 16 and run through August 15 in Costa Mesa, with limited attendance, organizers announced today. Tickets go on sale May 1.

Dodger Stadium will be decidedly different under guidelines announced by the team today as it prepares to welcome back fans in the team’s home opener on April 9. Attendance is limited to in-state fans, with digital tickets and physical distancing measures throughout the stadium.

The legendary Amoeba Music announced that it will reopen in its new more easterly location at Argyle Avenue and Hollywood Boulevard on April 1. It will be open open 11 a.m.-8 p.m. every day, with the buy counter closing at 7 p.m.

Santa Anita Park in Arcadia and the Los Alamitos Race Course will reopen to the public on April 2. Santa Anita’s opening will come one day before the 84th running of the Runhappy Santa Anita Derby, one of the highlights of the track’s annual calendar. At Los Alamitos, fans will be able to access the Vessels Club and mezzanine patio and terrace plus outdoor grandstand apron areas. Indoor wagering and seating facilities will remain closed until further notice.

New York Gov. Andrew Cuomo said venues like Yankee Stadium and Citi Field are cleared to be 20% full as of April 1.

The 2021 U.S. Open of tennis will be held at Flushing Meadows this year from August 31-September 30.

Tournament of Roses officials have announced the Rose Parade and Rose Bowl will take place on New Year’s Day, 2022.

Venom: Let There Be Carnage will now go on Sept. 17 instead of June 25. This comes in the wake of Universal moving F9 onto the Sony/Marvel summer date from Memorial Day weekend.

Universal Studios Hollywood has begun a mini-reopening with “A Taste of Universal,” which offers food from across the park, shopping and socially-distanced character interactions. The site has not announced a date for reopening attractions.

Six Flags Magic Mountain in Valencia revealed that it will resume operations on April 1, as permitted.

Disney said the company’s Disneyland park in Anaheim will reopen on April 30. By that time Orange County may be in the state’s Orange tier, meaning the park can reopen at 25% capacity. “A Touch of Disneyland,” a culinary event, opened on March 18.

Given Orange County’s tier status, Knott’s Berry Farm can also get going again soon, but has not announced a date.

AWARDS SHOWS
The Academy of Motion Picture Arts and Sciences confirmed Deadline’s exclusive that revealed the upcoming 93rd annual Academy Awards show would be coming from both Union Station in downtown Los Angeles and the show’s usual haunt, the Dolby Theatre in Hollywood. Also coming to fruition is a plan to have presenters and nominees — and their guests — attending in person at Union Station, where social distancing would be easier to enforce due to the size of the facility.

FILM FESTIVALS
The Tribeca Film Festival was pushed back from April to June and it could well be the first major festival take place in-person. Running June 9th to 20th, the festival will be part of the larger re-opening of New York City. Given that Tribeca was founded in the wake of 9/11 around the idea that artists and great storytelling can inspire hope, it seems appropriate the fest’s 20th Anniversary comes as the country emerges from the pandemic.

Preparations are in full swing for the 74th edition of the Cannes Film Festival. The event is due to run July 6-17 after being pushed back from its traditional May slot due to the pandemic. Given the ongoing Covid problems in Europe, it remains to be seen whether this year’s Cannes Film Festival can go ahead in July or will need to postpone again to later in the year. The festival has been exploring the possibility of a separate May screenings event, which could potentially become an online market.

The 2021 Telluride Film Festival will be an in-person event and take place from September 2-6.

MOVIE THEATERS
The fabled Nuart Theatre in West L.A. will re-open its doors on March 19 and offer screenings of Oscar-nominated films The Father and Minari at 1 and 6 p.m. and 3:20 and 8:20 p.m., respectively.

AMC has reopened its Burbank 16 and Century City 15 multiplexes, the former of which was shut down again briefly after a plumbing leak. The country’s No. 1 exhibitor will have its remaining 23 locations open by Friday, March 19, and nearly all of its 56 California multiplexes opened by that date as well.

The No. 3 chain, Cinemark, is re-opening its Long Beach its San Bernardino County locations, with the rest of the LA County balance in the very near future. That includes the Cinemark Playa Vista and XD on Jefferson Blvd in Los Angeles as well as its 18 XD Howard Hughes Center location, which was originally National Amusements’ The Bridge. The chain shuttered all 345 of its theaters on March 18, 2020.

Regal, which has the L.A. Live & 4DX location in downtown Los Angeles, probably won’t be back until May.

Theaters in England won’t reopen until May 17. In Germany, under a five-step process cinemas may be able to reopen starting March 22 at the earliest. Italy has set a March 27 date. France has no reopening set.

STUDIO/NETWORK OFFICES
Disney’s U.S. employees will begin returning to their offices after the July 4 holiday. It looks to be a phased return.

WarnerMedia employees have been notified that a slow return is being eyed for their offices worldwide during early September. Jeff Zucker told employees that the network was planning August and September dates for its news and sports workforce to return to their offices. Atlanta offices and studios can look forward to a Aug. 1 return, and New York, Washington, San Francisco and Los Angeles CNN offices can look toward a Sept. 1 return.

Fox Corp. has informed its employees that the earliest date they will be returning to the office will be September 7, right after Labor Day.

Discovery Inc. told its global staff of 10,000 that they should plan to be back in their offices on September 1, instead of a start date previously set for June.

LIVE THEATER/PERFORMING ARTS
NY PopsUp, an arts and live performance festival throughout New York City and State, is ongoing and will continue through the summer (indoor performances begin in April). NY PopsUp will reach its apex over the summer, during the 20th Anniversary of the Tribeca Film Festival and with the opening of the highly-anticipated project Little Island. Events and locations will be announced by NY PopsUp via Twitter and Instagram.

Beyoncé Gives First Performance Since 2020 at Dubai Hotel Opening
Vin Diesel Throws Back To The Movie That Kickstarted His Career 25 Years Ago: It ‘Changed My Life’
Florian Zeller’s ‘The Son’ With Hugh Jackman Opens On 500+ Screens, And Sundance Revs Up – Specialty Preview
Aoife O’Donovan Covers Sharon Van Etten’s “I Love You But I’m Lost”: Listen
Top 10 Manga That Broke the Internet