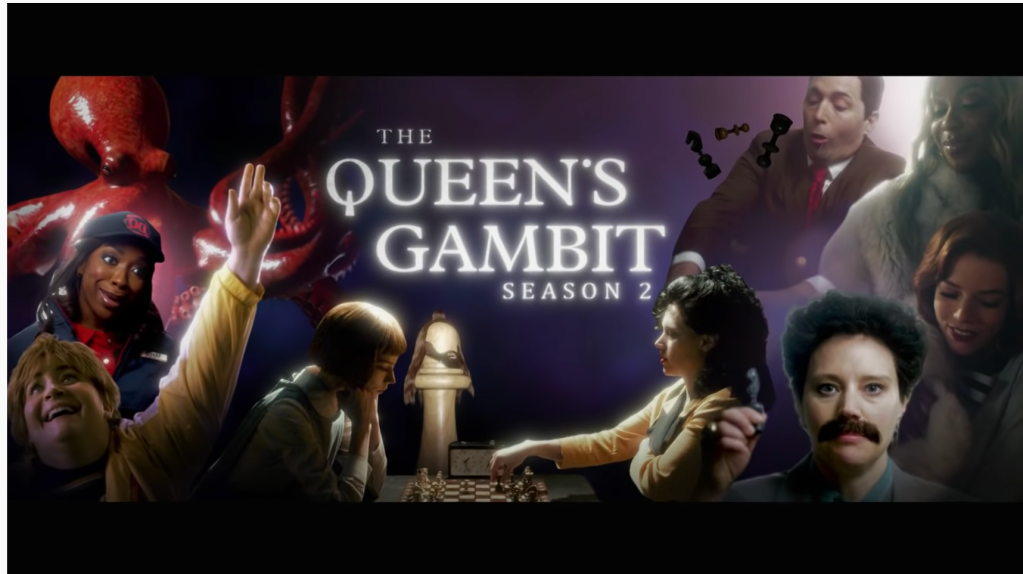 With Anya Taylor-Joy hosting the season finale of Saturday Night Live, many expected her to reprise her hugely popular — and award-winning — role from the limited series, chess prodigy Beth Harmon.

She did not during the telecast, which had a brief reference to The Queen’s Gambit in Taylor-Joy’s opening monologue. But it turns out she did transform herself into Beth in a sketch that was been cut for time.

In it, a slew of SNL cast members are pitching Taylor-Joy Queen’s Gambit-themed skits, including Queens Gambit (named after the burrow), in which Kate McKinnon portrays a woman with a strong Queens accent who plays chess against Taylor-Joy’s Beth in the basement of Beth’s orphanage where she first discovered the game.

Taylor-Joy ultimately rejects all ideas but when the SNL actors leave, she grabs for her cell and makes a call.

While Netflix’s The Queen Gambit was always intended to be a limited series, its enormous success sparked talk about a potential followup. There has been no evidence that a sequel would happen, but star Anya Taylor-Joy kept fans’ hope alive when she said, following her Golden Globes win, “never say never.”

Watch above the skit, which includes a subtle dig at Elon Musk’s recent SNL hosting gig.