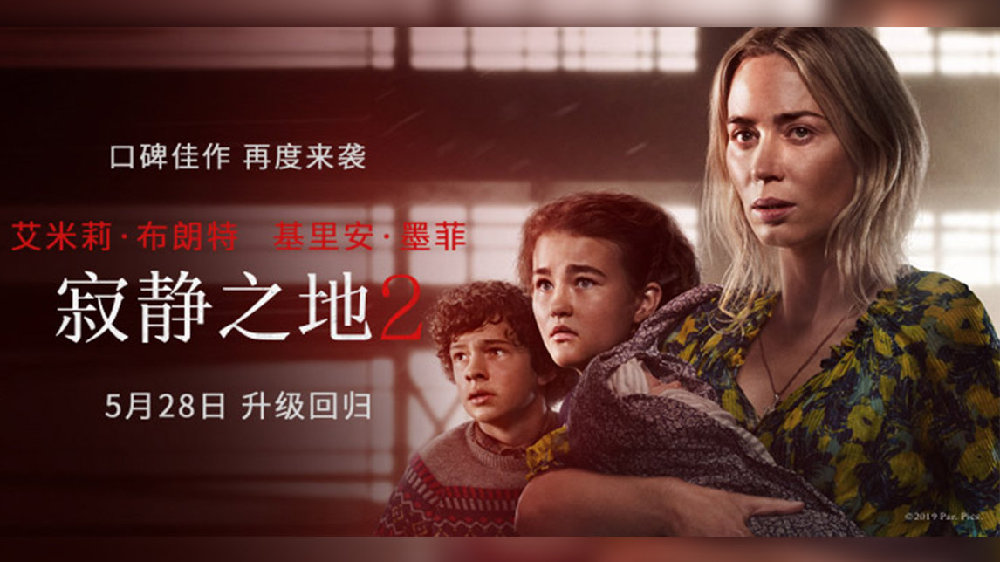 Paramount’s A Quiet Place Part II is looking to make some noise in China with a last-minute release date now set for this coming Friday (May 28). This is notable given that the first John Krasinski-helmed thriller was among the rare horror pics to gain access to the Middle Kingdom, and then was even granted an extension in 2018.

After several date changes owing to Covid, A Quiet Place Part II is also bowing domestically this weekend, as well as in 12 overseas markets. The original made $341M worldwide with over $34M from China. Stateside, the sequel is selling twice as many advance tickets via Fandango as it did at the same point in its 2020 sales cycle, before being pulled from the schedule due to theater closures. Reviews at Rotten Tomatoes are great with a 93% fresh score. Maoyan is not yet showing pre-sales for AQP2 in China; news of the release was only confirmed on Paramount’s Weibo account today.

We understand that China’s fast-breaking campaign includes a major word of mouth push with fans and influencers, and screenings in eight cities culminating with a Beijing Premiere on Thursday.

The market is currently led by Universal’s F9 which grossed $136M last weekend. Pre-sales for this weekend have Stand By Me Doraemon 2 in the lead. Coming up from Hollywood, Sony’s Peter Rabbit 2: The Runaway and The Father are slated in June. This is all before the market is expected to go into blackout mode during the celebration of the 100th anniversary of the founding of the Communist Party on July 1.

Krasinski and Emily Blunt are back as Lee and Evelyn Abbott in the sequel, with Millicent Simmonds and Noah Jupe as their children. Djimon Hounsou and Cillian Murphy are along for the ride this time as the Abbott family must face the terrors of the outside world, fighting for survival in silence. Forced to venture into the unknown, they realize that the creatures that hunt by sound are not the only threats that lurk beyond the sand path.