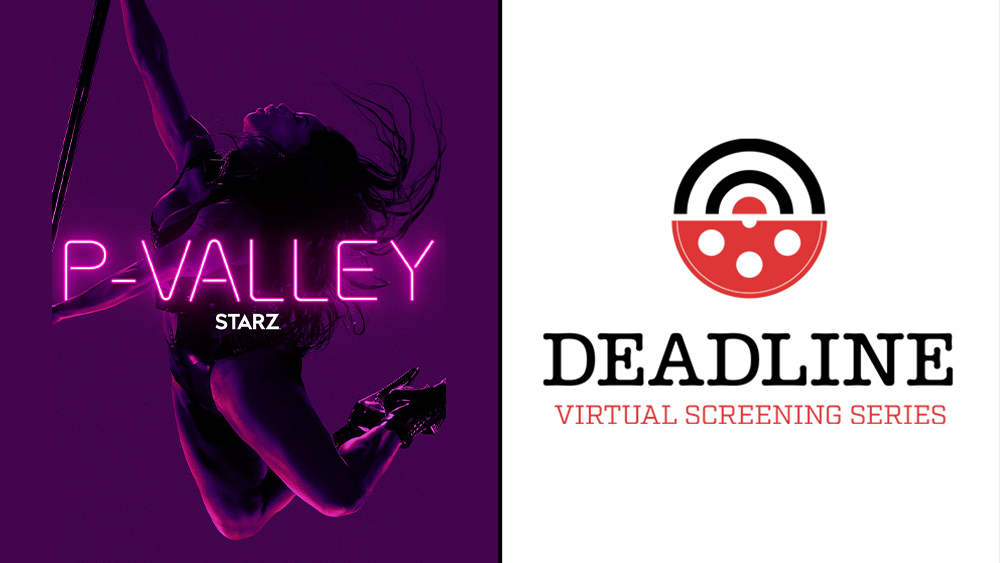 “I always say that our guiding principle, our lighthouse, our bullseye, is the female gaze,” declares P-Valley creator Katori Hall of the subversive Starz strip club series.

“So, I always wanted to place the audience in the platform heels of the dancers, to the point where I want people to feel the wobble,” the acclaimed playwright continues of the distinct aesthetic and philosophical strategies she employed for the show and its female leads.

Along with Season 1 finale cinematographer Richard Vialet, Hall, Evans and Annan joined us this week for a Deadline Virtual Screening Series session to peel back the layers on P-Valley – as you can see in the video above.

“We wanted this aesthetic called Delta Noir, which is sort of an amalgam of bright neon colors with the shadows and light play of classic noir cinematography,” Vialet said of the look of Hall penned ‘Murda Night’ episode that first aired on September 6 last year. “For this particular episode, the director Barbra Brown she talked a lot about pushing more of a music video aesthetic, especially with the performances,” the seasoned DoP noted.

As for what to expect next season, the actors who play the non-binary owner of the financially teetering Pynk and the veteran stripper who both scares and inspires the new girls weren’t giving away too much – but a little.

“I feel like this season was really like you got a chance to really walk I would say in Uncle Clifford’s heels,” said Annan, who portrayed the club proprietor in the play the series is based on. “It was a wonderful wild, it is a wonderful wild ride,” the Independent Spirt Award nominee added. “I’m trying not to give away things.”

“Katori did an amazing job making sure that Mercedes wasn’t one note, that was one of the main things that made it so exciting for me to be offered this role,” notes Evans. “It has been a huge journey and all I can tell you is that Season 2 – child, get ready for more of a roller coaster,” the NAACP Image Award nominee teases.

Again, check the video above to see some of my post-virtual screening panel with the P-Valley gang. It’s well worth the price of admission and more.

Most Anticipated Movies and TV of 2023 | The Ketchup
Save 25% On These Earbuds That Have 223,000+ 5-Star Amazon Reviews
Eddie Murphy And Martin Lawrence Keep Dropping Hilarious Takes Who’s Gonna Pay For Their Kids’ Possible Wedding
Steve Martin Trolls “Nepo Baby” Ben Stiller in 2023 Super Bowl Ad
These Harry Styles Looks Will Leave You on a Watermelon Sugar High