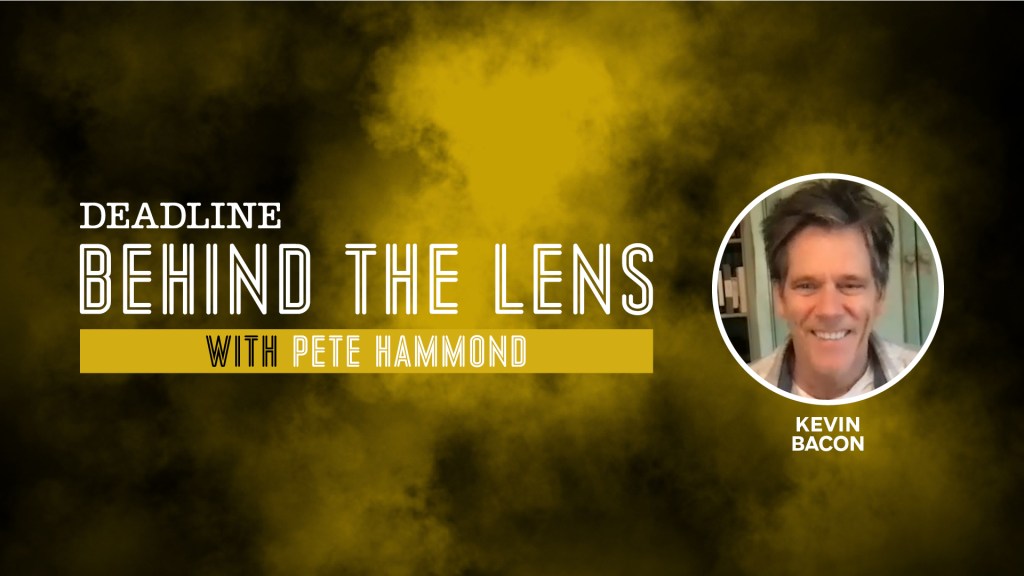 Kevin Bacon has about a hundred credits listed on iMDB as an actor, but over the course of his long and celebrated career he steadlily has been building a filmography as director and producer as well on acclaimed projects like Losing Chase, Loverboy, on The Closer, the series which starred his wife Kyra Sedgwick, and in producing capacities on movies in which he starred from The Woodsman to a low budget cult gem you must see called Cop Car among other projects behind the lens. So it seems entirely appropriate that he join me for this week’s edition of my Deadline video series, Behind The Lens to talk about his career both in front of the camera, but also as a force off camera as well. Both those talents come into full view with his current second season Showtime series City On A Hill in which he plays shady FBI agent Jackie Rohn, is also an Executive Producer, and this season kicked it off by directing the first episode of year two. We talk about his approach to directing, why he was insistent that if he did direct it would be for Episode One of the season, what it is like helming an episode in which he is also heavily on screen as well, and how Covid affected the progress of City On A Hill.  A big portion of our conversation though becomes about the film career of Kevin Bacon and many of the big name directors he worked with and have been influenced by including Clint Eastwood on Mystic River, Ron Howard on Apollo 13 and Frost/Nixon, Rob Reiner on A Few Good Men (all actors-turned-directors btw). He also shares stories of working with Oliver Stone on JFK , a game changing movie for him that he reluctantly adds might be the perfect “6 Degrees” (of Kevin Bacon) film, and such others as Christopher Guest on The Big Picture, the late Curtis Hanson on The River Wild, and a then-unknown named Jon Watts (Spiderman) on the tiny indie and brilliant Cop Car for which he also has an Executive Producer credit and says had “the budget of a student film”. Bacon has stories about all of them, and just what inspired him in his own continuing ventures in the business.  He also talks about how he resisted ever going into doing a television series, but now can’t imagine not doing them. It is all here as Kevin Bacon takes us ‘behind the lens’ of a remarkable and still vibrant career and introduces us to those he has met along the way. To watch our conversation just click on the link above.

Join me for a new episode of Behind The Lens every Friday this Emmy season.