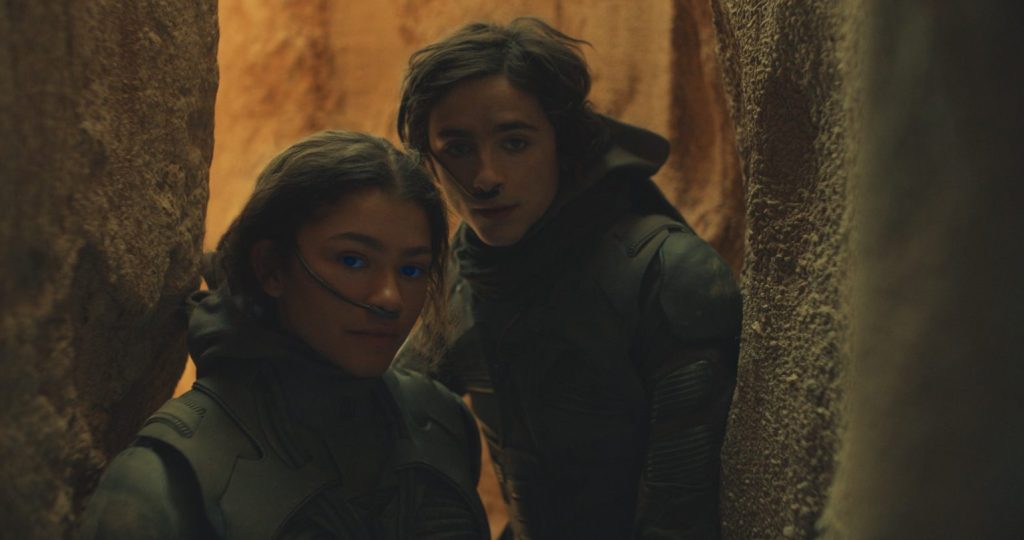 EXCLUSIVE: By this weekend, Warner Bros/Legendary’s Dune will cross $100M, making it the second movie from the studio this year to clear the century mark stateside off their controversial day-and-date theatrical HBO Max pandemic strategy.

But with the Denis Villeneuve-directed adaptation of the Frank Herbert exclusively available in theaters now in its second month of release, sans availability on HBO Max, we’ve learned that the sci-fi epic is returning to Imax theaters on Dec. 3 for a limited time.

Dune‘s Imax box office to date is close to $50M. Worldwide, Imax is capturing over 13% over the pic’s total global box office. Stateside, the large format exhibitor reps 20% of the total box office.

Dune is still in the top 5 at the box office, making over $490K on Tuesday, +7% from Monday with a running total of $99.3M. A $100M movie heading into Oscar season are feasible bragging rights for Warner Bros., even though most adult films are challenged at the box office; Dune of course being a fan-boy event. Villeneuve’s 2017 sci-fi drama Arrival earned eight Oscar noms, including Best Picture and Director, and winning for Sound Editing.

Watch Silk Sonic Perform “Fly as Me” at 2021 Soul Train Awards
‘Encanto’ Sings $1.5M, ‘House Of Gucci’ Builds $1M+ In Tuesday Previews
10 Lululemon Black Friday Finds That Are Too Good To Be True
On This Day In 1948 | RetroVideo
Mejuri’s Best and Only Sale of the Year Just Started—Here’s What to Know