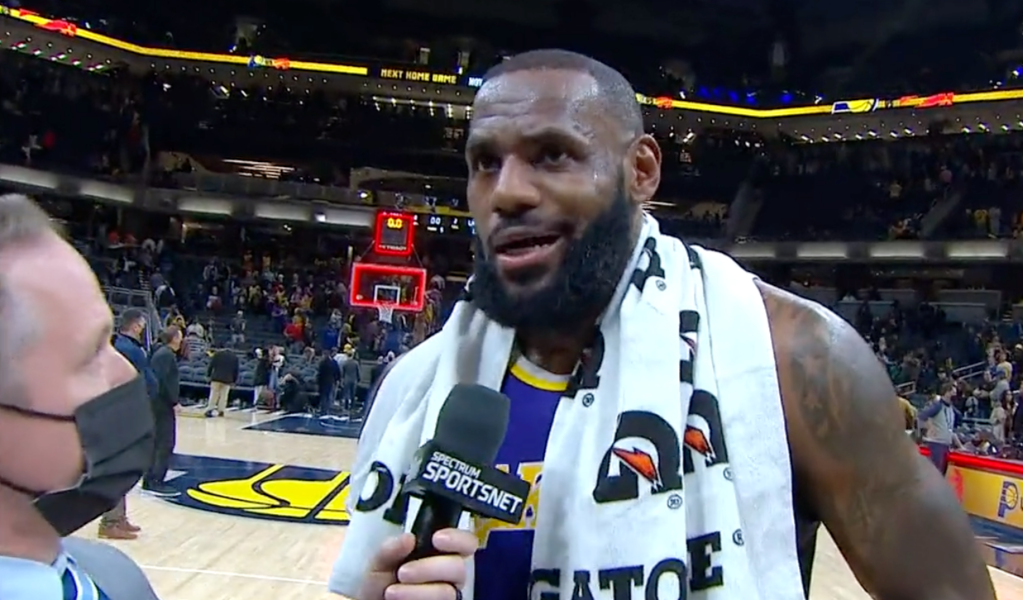 After this first game back since being suspended by the NBA because of a blow he delivered to the face of Detroit Pistons’ center Isaiah Stewart as the two fought for a rebound, Lakers superstar LeBron James addressed the incident. (James and Stewart were ejected from that contest and James later received a one-game suspension and Stewart two games.)

“I think it warranted an ejection because of what [might have] happened after that,” said James tonight. “You know, with me still in the game and excitement from the fans and what could possibly happen after that, obviously, but a suspension, I didn’t think it was warranted.”

“I knew right away I had caught some part of his head, so I went over to apologize to him and, obviously, you guys see what happened after that.”

The Lakers star said the blow was “definitely accidental…Just like Sabonis’ play tonight.” That was a reference to Indiana Pacers center Domantas Sabonis, whom James spent much of Wednesday evening banging bodies with under the basket. As he spoke, James made his point about Sabonis with a gesture toward a butterfly bandage on a cut above his own right eye, “accidental hit to the eye.”

“I’m definitely not that type of player,” he continued. “I hate to see that and whatever happened after that.”

“Whatever happened after that” was a melee in which a furious Stewart tried repeatedly to force his way through the refs, teammates and coaches trying to restrain him and get at James.

Players from both benches soon became involved, alternately trying to quell the conflict and engage in it.

Full fight between Isaiah Stewart and the Lakers pic.twitter.com/XP5iDarZQ7