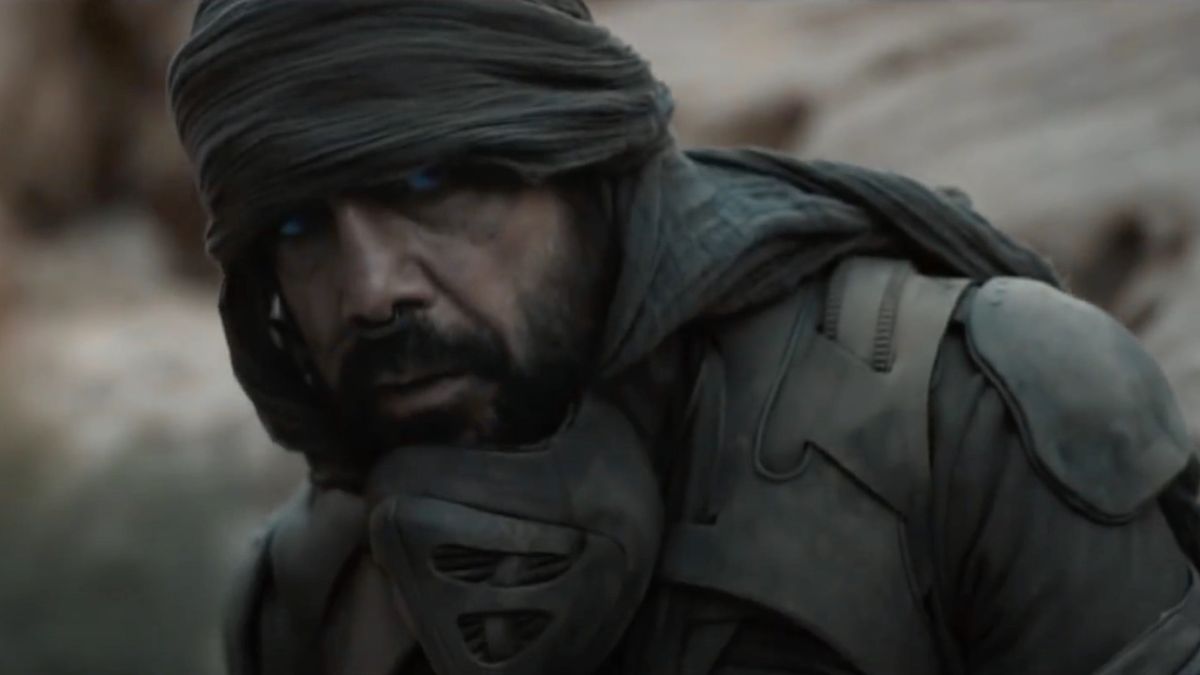 In addition to playing Desi Arnaz in Being the Ricardos and Blanco in The Good Boss, 2021 also saw Javier Bardem appearing in Dune as Stilgar, leader of the Fremen tribe at Sketch Tabr. Ahead of Denis Villeneuve’s latest movie premiering in theaters and on HBO Max, Bardem was hopeful he’d get the chance to reprise the role in a sequel, and luckily for him, his wish came true. With Dune: Part Two officially greenlit, Bardem how has a new request: getting to ride a sandworm in the upcoming movie.

When a book is adapted for film, naturally creative liberties need to be taken, including leaving certain scenes out of the cinematic telling. That said, Javier Bardem told Deadline that for Dune: Part Two, he’s hoping Denis Villeneuve will keep the moment from Frank Herbert’s novel that sees Stilgar atop a sandworm, the mightiest of Arrakis’ creatures. As the actor explained:

Unlike David Lynch’s Dune movie from 1984, Denis Villeneuve’s Dune only adapted the first half of the original book, allowing Dune: Part Two to delve into the latter half. Paul Atreides learning how to ride a sandworm from Stilgar’s instruction is one of the most important moments in Dune, so that, along with Villenueve’s assurances to Javier Bardem, mean it’s practically guaranteed the No Country for Old Men actor will have his request granted. You can see how Lynch’s Dune translated this moment by watching the below clip, which features Kyle Chandler as Paul and Everett McGill as Stilgar.

Like Zendaya, Javier Bardem didn’t get a lot of screen time in Dune. After showing up to negotiate with Oscar Isaac’s Duke Leto Atreides at the fortress known as Arrakeen, Stilgar didn’t resurface until the end of the movie, when Timothée Chalamet’s Paul and Rebecca Ferguson’s Lady Jessica were on the run from Baron Harkonnen’s forces and come across this tribe of Fremen. With House Atreides in ruins, and having previously experienced visions of the future of himself with Chani and the other Fremen, Paul decided to join the tribe so that he can bring peace to Arrakis like his father wanted.

Stilgar plays a big role in training Paul to become the person capable of accomplishing such a lofty goal, so expect to see a lot more of him in Dune: Part Two. Along with plenty of other familiar faces returning for the sequel, there are also some notable characters from the book who will finally make their debut, such as Feyd-Rautha. Filming is expected to begin in July 2022, with the completed movie arriving on October 20, 2023.

Stay tuned to CinemaBlend for more updates on Dune: Part Two’s progress. Our 2022 release schedule is available for those of you who are curious about what cinematic entertainment awaits in the nearer future.