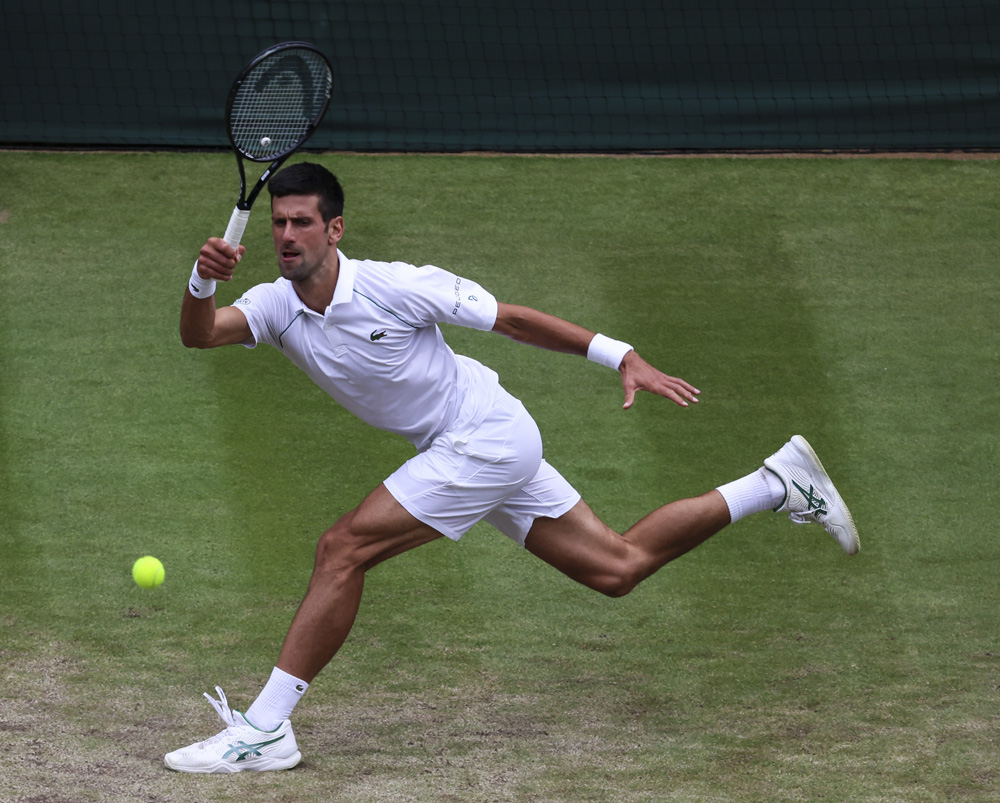 2nd UPDATE SUNDAY 10:30 PM: After a lengthy hearing in Melbourne, Judge Anthony Kelly reversed Australian government’s decision to cancel tennis star Novak Djokovic’s visa and ordered the player, who had been detained since his arrival in the country, be released. The judge found unreasonableness in how the border officials made the decision to revoke Djokovic’s visa.

UPDATED, 1:54 PM: Novak Djokovic’s entry to Australia has been denied after he initially was granted a medical exemption from being vaccinated against Covid.

After an hours-long delay at Melbourne’s Tullamarine Airport, a letter issued by the Australian government said the world’s No. 1-ranked player’s visa had been denied and he would be deported.

In a statement Thursday provided to media outlets, the Australian Border Force said it “will continue to ensure that those who arrive at our border comply with our laws and entry requirements,” adding that Djokovic “had access to his phone.”

“The ABF can confirm that Mr. Djokovic failed to provide appropriate evidence to meet the entry requirements to Australia, and his visa has been subsequently cancelled,” the statement said. “Non-citizens who do not hold a valid visa on entry or who have had their visa cancelled will be detained and removed from Australia.”

Djokovic announced Tuesday on Instagram that he had been granted a medical exemption from being vaccinated against Covid and was headed Down Under to defend his title in the Australian Open, which begins January 17 in Melbourne. Organizers of the Grand Slam tournament confirmed that he obtained an exemption and would be allowed to compete .

“I just finished a phone conversation with Novak Djokovic,” he writes. “I told our Novak that the whole of Serbia is with him and that our authorities are taking all measures to stop the harassment of the best tennis player in the world in the shortest possible period. In accordance with all norms of international public law, Serbia will fight for Novak Djokovic, for justice and truth.”

He continued, “By the way, Novak is strong, as we all know him.”

Word that Djokovic had received a medical exemption to compete in the tournament sparked heated debate, with some defending his right to privacy and freedom of choice, and others questioning his grounds for requesting the exemption.

PREVIOUSLY, January 4: Novak Djokovic will defend his title at the Australian Open later this month after receiving a medical exemption from being vaccinated against Covid-19.

Djokovic announced the news on Instagram, clearing up speculation over whether he would compete in the Grand Slam event. The world’s top tennis player has declined to reveal his vaccination status, and previously said he was not sure if he would compete at the tournament due to quarantine restrictions.

“I’ve spent fantastic quality time with my loved ones over the break and today I’m heading Down Under with an exemption permission. Let’s go 2022,” Djokovic wrote on Instagram alongside a photo of himself with luggage on an airport tarmac.

Organizers of the Australian Open confirmed in a statement to media outlets that Djokovic will be allowed to compete in the event.

“One of those was the Independent Medical Exemption Review Panel appointed by the Victorian Department of Health. They assessed all applications to see if they met the Australian Technical Advisory Group on Immunization guidelines.”

Djokovic has won a record nine Australian Open titles, including the past three.

“Defending champion Djokovic will play for an incredible 10th Australian Open trophy — and a men’s record 21st major singles title — and will be the favorite in a draw which showcases 49 of the world’s top 50,” the tournament said in a statement announcing the field.

A 20-time Grand Slam champion, Djokovic has won the Australian Open men’s singles title three years in a row and nine times in his career. The tournament runs Jan. 17-30 in Melbourne.

Here’s a statement from the #AusOpen which confirms that Djokovic got a medical exemption. pic.twitter.com/WPDGmrzuJR

A League of Our Own Series’ Abbi Jacobson Engaged to Jodi Balfour
Megan Thee Stallion Guest Stars in P-Valley: Watch
Skims Just Dropped a New Swim Collection, and It’s Literally Shapewear for the Water
Young Slo-Be, Stockton Rapper, Shot Dead at 29
After Years of Searching, I Found a Perfect Product for an Instant Tan That Lasts All Day Even if I Sweat