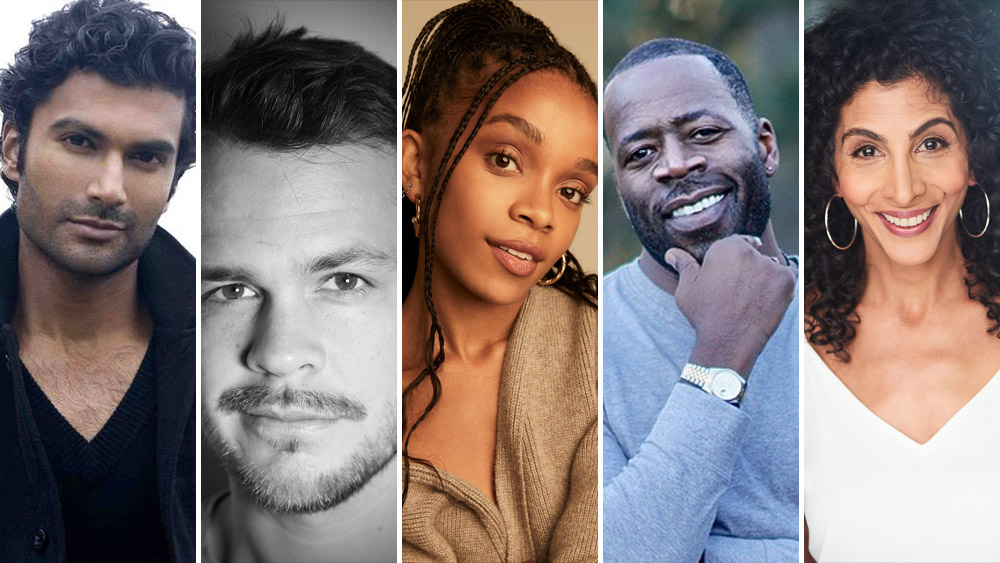 The untitled hourlong project comes from 20th Television and is written and exec produced by This Is Us writer-producer Oyegun.

The drama revolves around five therapists (Ramamurthy, Simmons, Hilson, Grosse, Panthaky) in Philadelphia who find unique ways to solve problems in their patients’ lives while grappling with their own. Ellen Roman (Blake), the owner of the practice and a brilliant therapist, has her life shockingly turned upside down when she begins working with a sociopathic patient who may hold the key to the disappearance of her sister five years earlier.

Ramamurthy plays Amit. Big-hearted, instantly likeable, gentle, intuitive, well-respected relationship therapist at the “Mindful Insight Therapy Group.” Amit and his wife, Sonali, are known for their very successful “Dara Method” for helping rescue marriages. Amit can read his wife just by sitting next to her and believes that they are perfectly in sync with each other both in and out of the office.

Simmons is Clay. Charming, confident (perhaps overly-so), self-assured military veteran, therapist at the “Mindful Insight Therapy Group” and has the quick, agile humor to be Ellen’s favorite verbal sparring partner. He’s the kind of guy you wanna hate a little but just can’t. And much of Clay’s charm and bluster is a shield under which he hides the wounds and demons he struggles to keep at bay.

Hilson portrays Naomi Josef. Fresh-faced, smart, enthusiastic idealist who leads with her heart and radiates warmth, Naomi is a recent graduate who is joining the practice to start her career as a therapist. She has a hero worship of Ellen and a deeply-held religious belief and uses those two things to guide her as she tries to navigate her way into the real world.

Grosse plays Det. Theodore Ghanem. Blue-collar “Chicago” handsome, tough, rough around the edges, cocky. Once you get to know him, he’s a good guy with solid principles, but he definitely isn’t opposed to bending the law when it’s necessary.

Panthaky portrays Sonali. Brilliant, intuitive, impeccably put-together, relationship therapist at the “Mindful Insight Therapy Group.” Sonali and her husband, Amit, are known for their very successful “Dara Method” for helping to rescue marriages. Sonali and Amit seem like a perfectly in sync couple who have been married a long time and seem to have the ease that comes with comfort and familiarity, but she has some unvoiced concerns about their marriage.

Ramamurthy will next be seen opposite Vidya Balan in Shirsha Guha Thakurta’s Lovers. Ramamurthy is repped by The Gersh Agency, Anonymous Content and Carlos Goodman/Goodman, Genow, Schenkman, Smelkinson & Christopher.

Hilson can currently be seen in Adam McKay’s Winning Time, which just wrapped its first season on HBO.
She recently wrapped her third and final season as one of the leads of Hulu’s Love, Victor. She’s repped by Neon Kite, CAA and Goodman, Genow, Schenkman, Smelkinson & Christopher

Panthaky’s recent credits include NCIS: LA, All Rise, NCIS, Scandal and CBC’s Diggstown. She also recurred on ABC’s Modern Family, Being Human, Teen Wolf and DeGrassi: The Next Generation. She’s repped by Vanguard Management Group and The Characters Talent Agency.