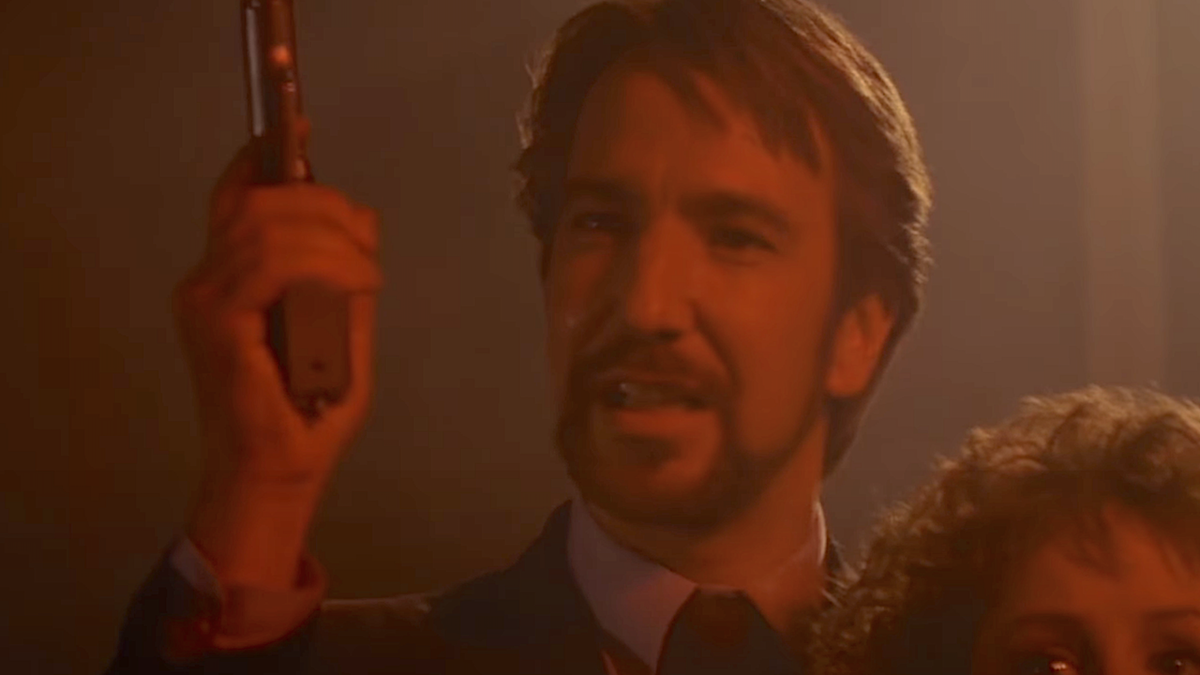 Celebrity can be a blessing, and a curse. An up-and-coming actor trying to establish themselves in the business likely would love to have a signature role, something that turned them into a household name and led to higher-profile gigs. But the downside to an iconic role like that is that no matter where you go, or what you continue to do, you might have to answer questions about that character for the rest of your life. Here’s a quick example. While watching television recently, my wife and I saw a commercial for Mayim Bialik hosting the upcoming round of Celebrity Jeopardy. My wife referred to Bialik as Blossom. Always will. And for the late, great Alan Rickman, that signature role was Hans Gruber, the legendary villain of the original Die Hard.

Alan Rickman kept a running diary of his work and play, jotting down notes that chart the progression of his professional acting career. A number of the notations shared recently by The Guardian cover Rickman’s commitment to and work on the Harry Potter franchise, where he memorably played Professor Severus Snape (and, according to the diaries, almost chose to quit the series). But as you scan through the entries, you eventually catch up with Rickman’s treatments for an aggressive form of prostate cancer – which eventually led to him having his prostate removed. This became known after the actor died in 2016, and it was during those treatments that Rickman apparently had to field a few Die Hard questions from his doctors. As Rickman noted:

Perhaps it was an effort to distract Alan Rickman from his cancer treatments. Or perhaps the doctors sincerely wanted to know how Rickman, Bruce Willis and director John McTiernan pulled off the magic trick that concludes one of the best action movies ever committed to film. Either way, it’s sweet that Rickman was still telling Die Hard stories in 2005, nearly 20 years after it changed the landscape of action blockbusters, and made Rickman a household name.

Hans Gruber is, without question, one of Alan Rickman’s best roles. And the story that I heard about how and why the actor looks so surprised in the above scene is because McTiernan didn’t tell Rickman when he was going to drop him (in the harness to which he was attached), so the filmmaker captured a genuine look of surprise as gravity won out over Rickman.

The Gruber name would return to the Die Hard franchise in the third installment, but no actor made as much of an impact on Die Hard as Rickman, so we understand why he endured inquiries about it throughout the length of his too-short life.