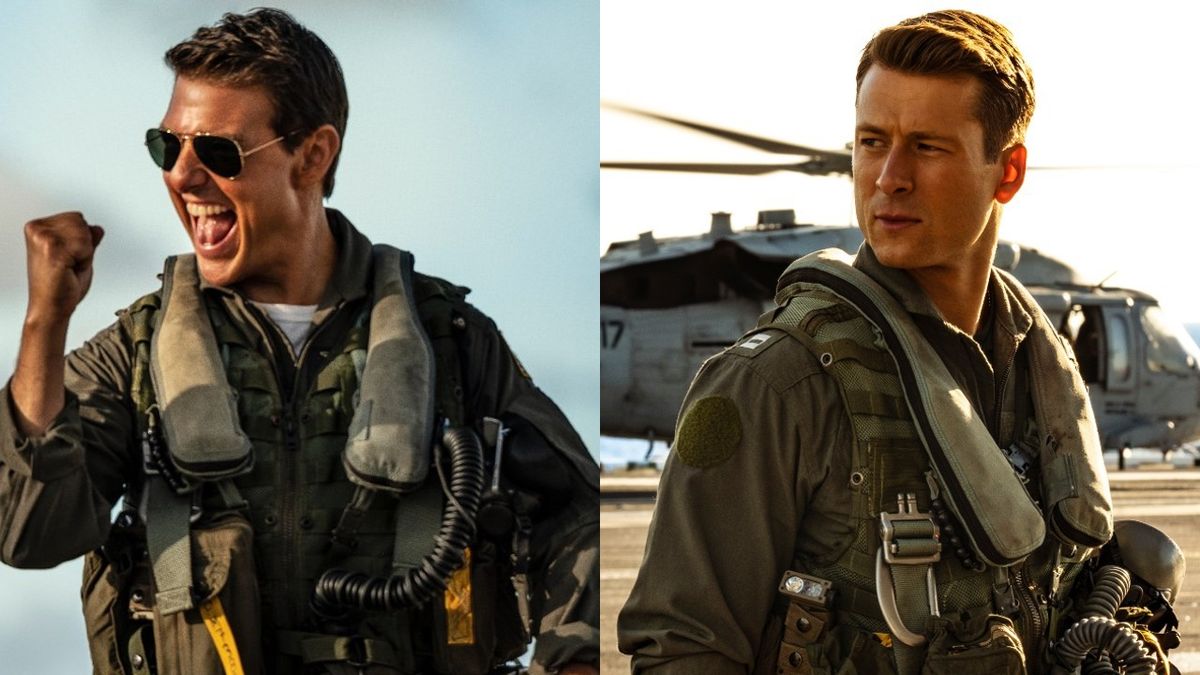 Over the last month or so, I’ve been pondering the question: Which came first Top Gun: Maverick or Devotion? Both movies are about United States Navy fighter pilots, both are on the 2022 movie schedule, and both the Top Gun: Maverick cast and Devotion ensemble feature Glen Powell. It turns out Powell, who is also an executive producer on Devotion, had been developing the movie for quite some time, and when he was offered the role in the Top Gun sequel he had to ask Tom Cruise if he could make both movies.

The actor recently opened up about the coincidental nature of releasing two movies this year where he plays a navy pilot on the Chicks in the Office podcast, and he recalled asking Cruise for permission to do both movies, saying:

Obviously, Cruise said yes. This is because over the last six months Powell went from playing Hangman and making montages that will last forever in the long-awaited Top Gun sequel, to starring alongside Jonathan Majors in Devotion, which tells the true story of navy pilots Jesse Brown and Tom Hudner. While there are some serious similarities between the two movies generally, Powell told CinemaBlend that while films “complement each other in really wonderful ways” they are more like “distant brothers” when it comes to their stories.

I love that the actor has such a good sense of humor about this little coincidence. Much like me, it seems like many have been both amused and confused by Powell being in not one, but two, major movies about naval aviation in one year. He commented on the coincidence, saying with a smile:

Powell went on to explain how he got Devotion off the ground, and just how long it took them to make the movie. He said while he was filming the 2017 Netflix rom-com Set It Up in New York City, he took a weekend off to travel up to Massachusetts to ask for the rights to tell the story of Devotion. So, he’s been working on this movie for about six years.

As Devotion really started to take flight, Powell was also involved in the casting process. This included a meeting between him in Jonathan Majors at a Russian Turkish Bathhouse while they were both nude. So, it’s safe to say Powell has had to have some high-stakes conversations about both movies under some unique circumstances, with two very powerful dudes.

In the end, Powell got to make both movies with great casts, and some epic airplane action. If are interested in watching Powell’s movies, you can catch Devotion in theaters now, and you’ll be able to stream  Top Gun: Maverick with a Paramount+ subscription on December 22.